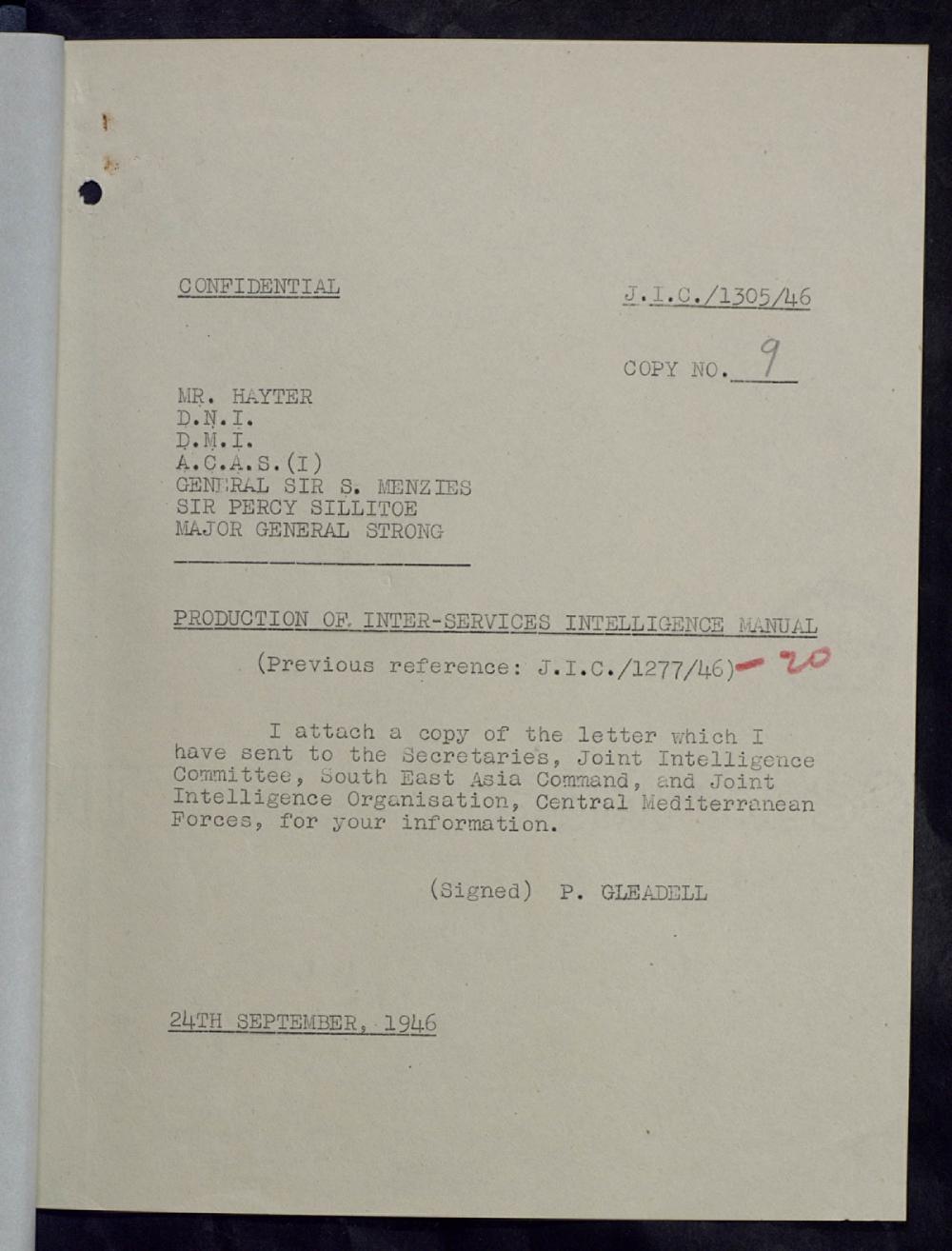 A volume of secretariat minutes of the Joint Intelligence Sub-Committee (JIC). The JIC was formed of representatives from the intelligence services, the armed services, and the Foreign Office. Its purpose was to assess military, security, and foreign policy requirements and coordinate Britain's intelligence organisations accordingly. Secretariat minutes were used to pass documents such as JIC sub-committee and working party reports and intelligence assessments to JIC members. Subjects covered in this file include the gathering of intelligence on beaches in the United Kingdom; Soviet subversive activities in the British zone of occupation in Germany; interrogation facilities in Palestine; the security threat posed by Soviet delegates in the U.K.; leakages of information through the press and official policy on D-Notices; scientific representation in foreign countries; the continuing exploitation of and release of information from captured German documents; scientific experiments on the use of carrier pigeons; and possible political developments in India following independence.