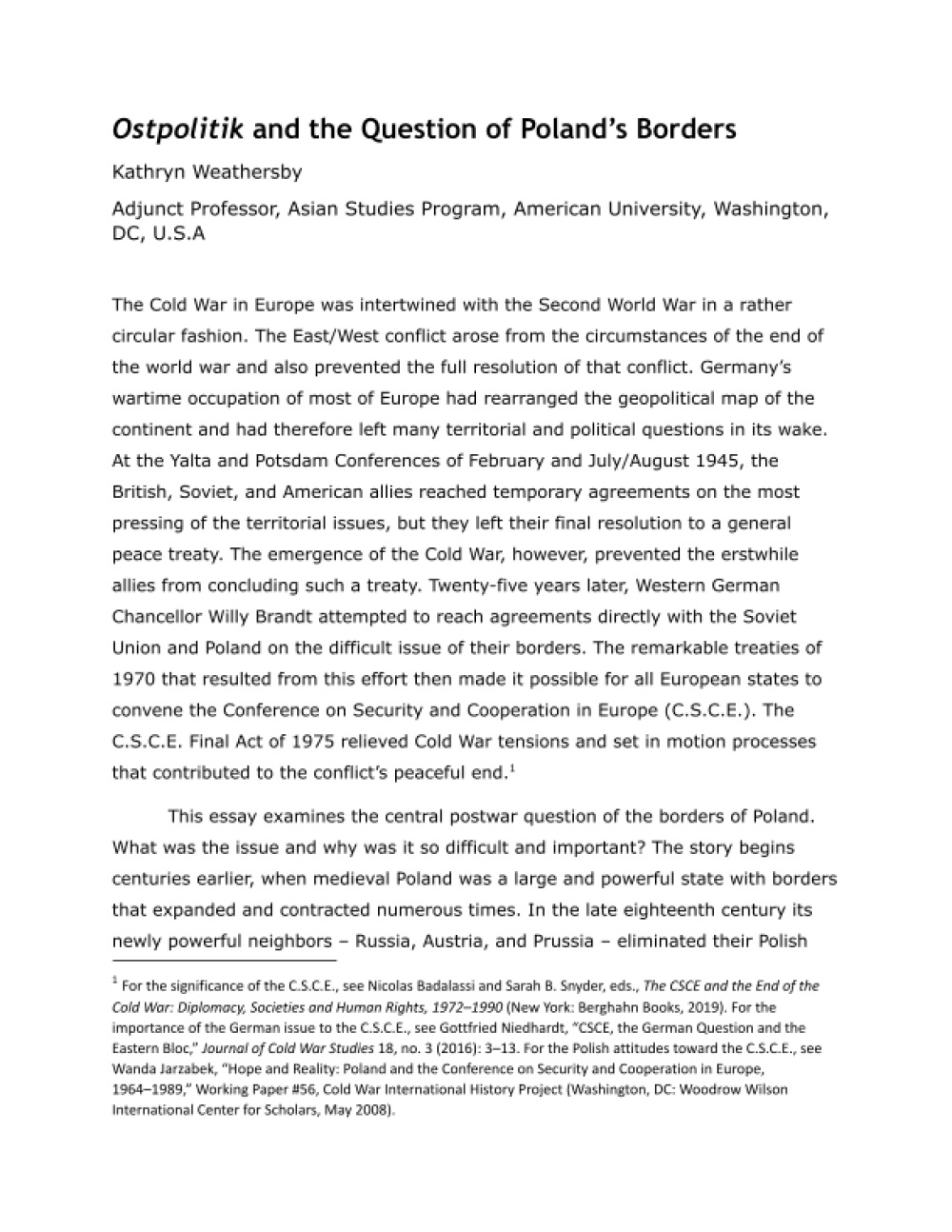 Ostpolitik and the Question of Poland’s Borders

The Cold War in Europe was intertwined with the Second World War in a rather circular fashion. The East/West conflict arose from the circumstances of the end of the world war and also prevented the full resolution of that conflict. Germany’s wartime occupation of most of Europe had rearranged the geopolitical map of the continent and had therefore left many territorial and political questions in its wake. At the Yalta and Potsdam Conferences of February and July/August 1945, the British, Soviet, and American allies reached temporary agreements on the most pressing of the territorial issues, but they left their final resolution to a general peace treaty. The emergence of the Cold War, however, prevented the erstwhile allies from concluding such a treaty. Twenty-five years later, Western German Chancellor Willy Brandt attempted to reach agreements directly with the Soviet Union and Poland on the difficult issue of their borders. The remarkable treaties of 1970 that resulted from this effort then made it possible for all European states to convene the Conference on Security and Cooperation in Europe (C.S.C.E.). The C.S.C.E. Final Act of 1975 relieved Cold War tensions and set in motion processes that contributed to the conflict’s peaceful end.