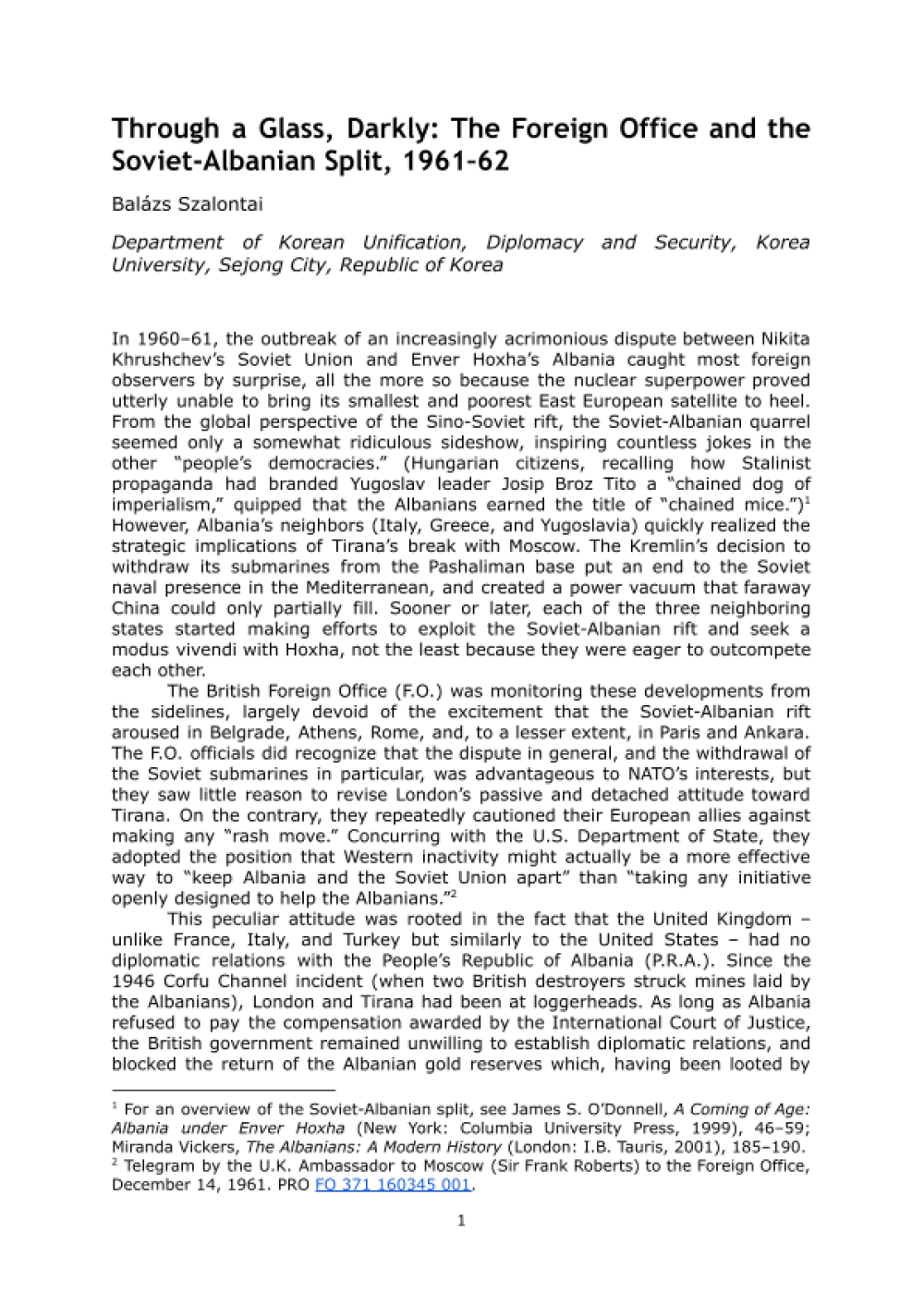 Through a Glass, Darkly: The Foreign Office and the Soviet-Albanian Split, 1961–62

In 1960–61, the outbreak of an increasingly acrimonious dispute between Nikita Khrushchev’s Soviet Union and Enver Hoxha’s Albania caught most foreign observers by surprise, all the more so because the nuclear superpower proved utterly unable to bring its smallest and poorest East European satellite to heel. From the global perspective of the Sino-Soviet rift, the Soviet-Albanian quarrel seemed only a somewhat ridiculous sideshow, inspiring countless jokes in the other “people’s democracies.” (Hungarian citizens, recalling how Stalinist propaganda had branded Yugoslav leader Josip Broz Tito a “chained dog of imperialism,” quipped that the Albanians earned the title of “chained mice.”) However, Albania’s neighbors (Italy, Greece, and Yugoslavia) quickly realized the strategic implications of Tirana’s break with Moscow.