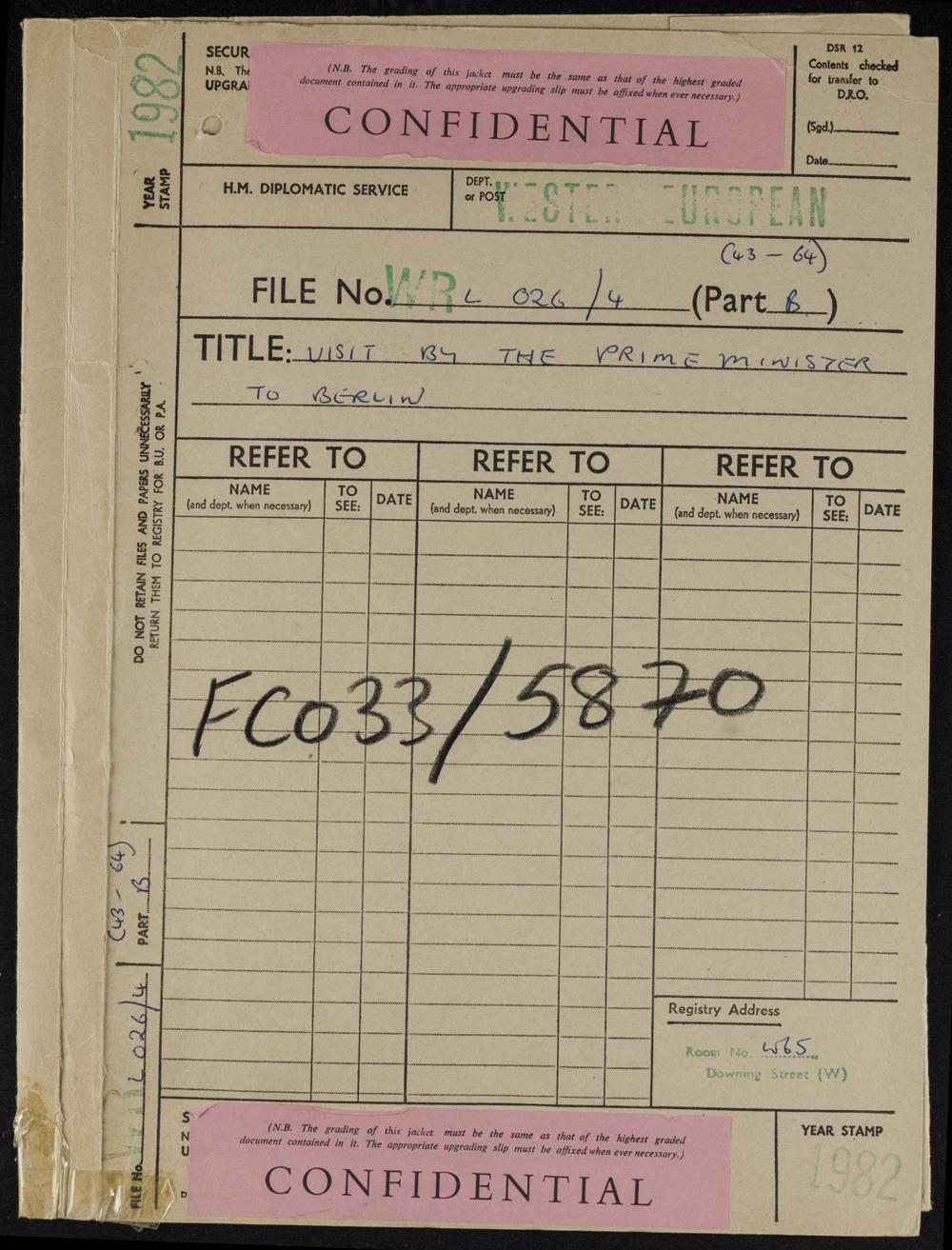 A file containing documents concerning a visit to West Berlin by the British prime minister, Margaret Thatcher, in October 1982. Subjects covered in the file include Thatcher's desire to place a tribute to those killed crossing the Berlin Wall; a plan for Thatcher to join a British military police patrol; the Anglo-German summit in Bonn preceding the visit to Berlin; practical arrangements for the visit; and protests against the visit by the Soviet ambassador in London, Viktor Popov, and his East German counterpart, Martin Bierbach. Documents in the file include several versions of the speech to be given by Thatcher, entitled "Britain's support for freedom"; and briefing papers on the golden book ceremony, West Berlin politics, the West Berlin economy, inner-German relations, and the imprisoned Nazi war criminal Rudolf Hess. The file also includes information on a visit to London by a delegation of the East German Volkskammer.