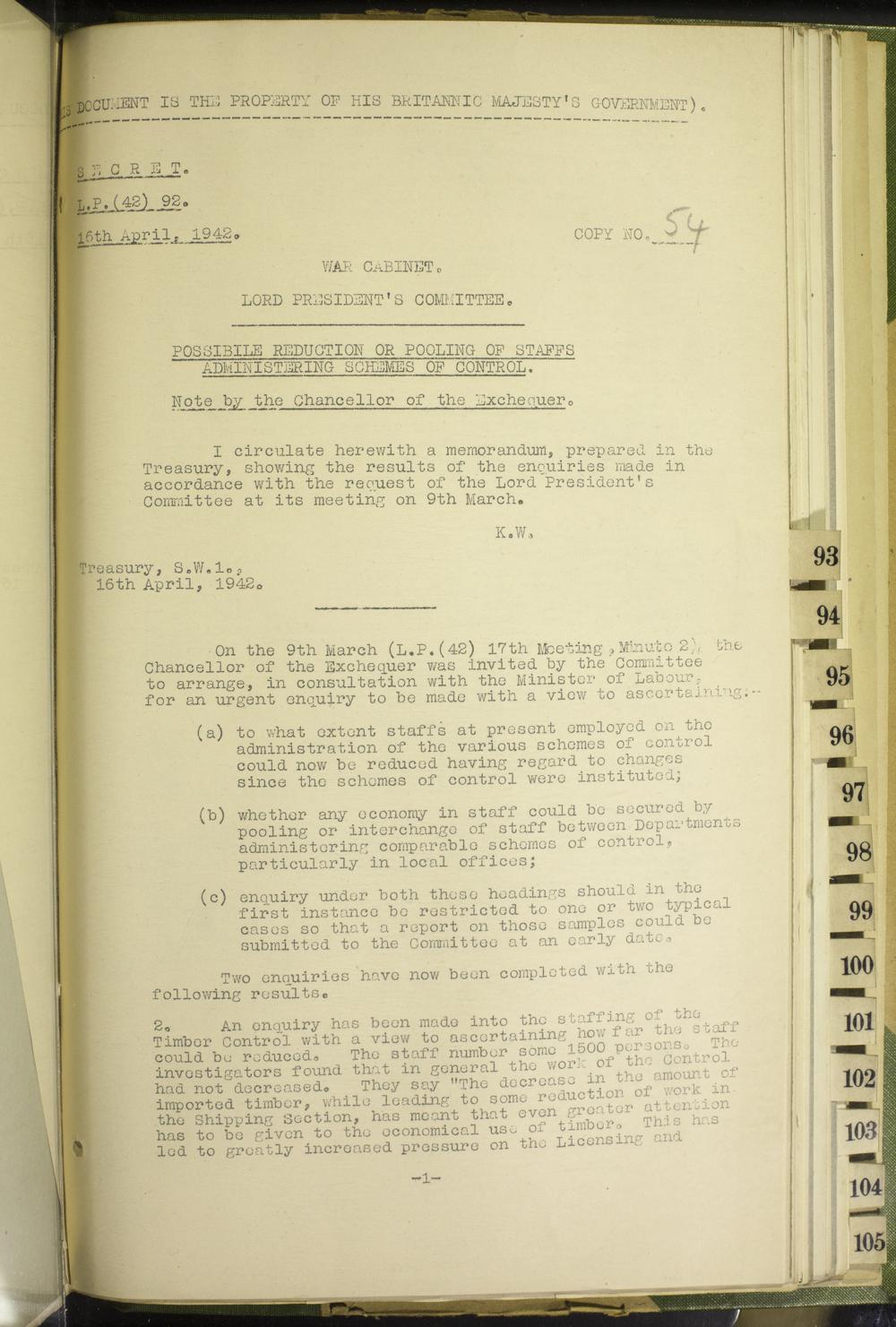 STAFFS ADMINISTERING SCHEMES OF CONTROL. POSSIBLE REDUCTION OR POOLING OF: Memo. by Treasury.

on the the Salvage -2- Economy Sections, and to development It has also led to a very great increase in the importance side. of the Home Grown Timber Sections. The expansion of aircraft construction programme has also increased the the need for such other timbers as silver spruce, and growing U.S.A. and Canadian demands have further accentuated the need for supervising its economical use. Lease-Lend procedure has led to much extra work recently". It is perhaps worth while adding a general word on the staffing of Raw Materials Controls, as it is possible that there is some misapprehension as to the effect of diminishing supplies on the work of these Controls.