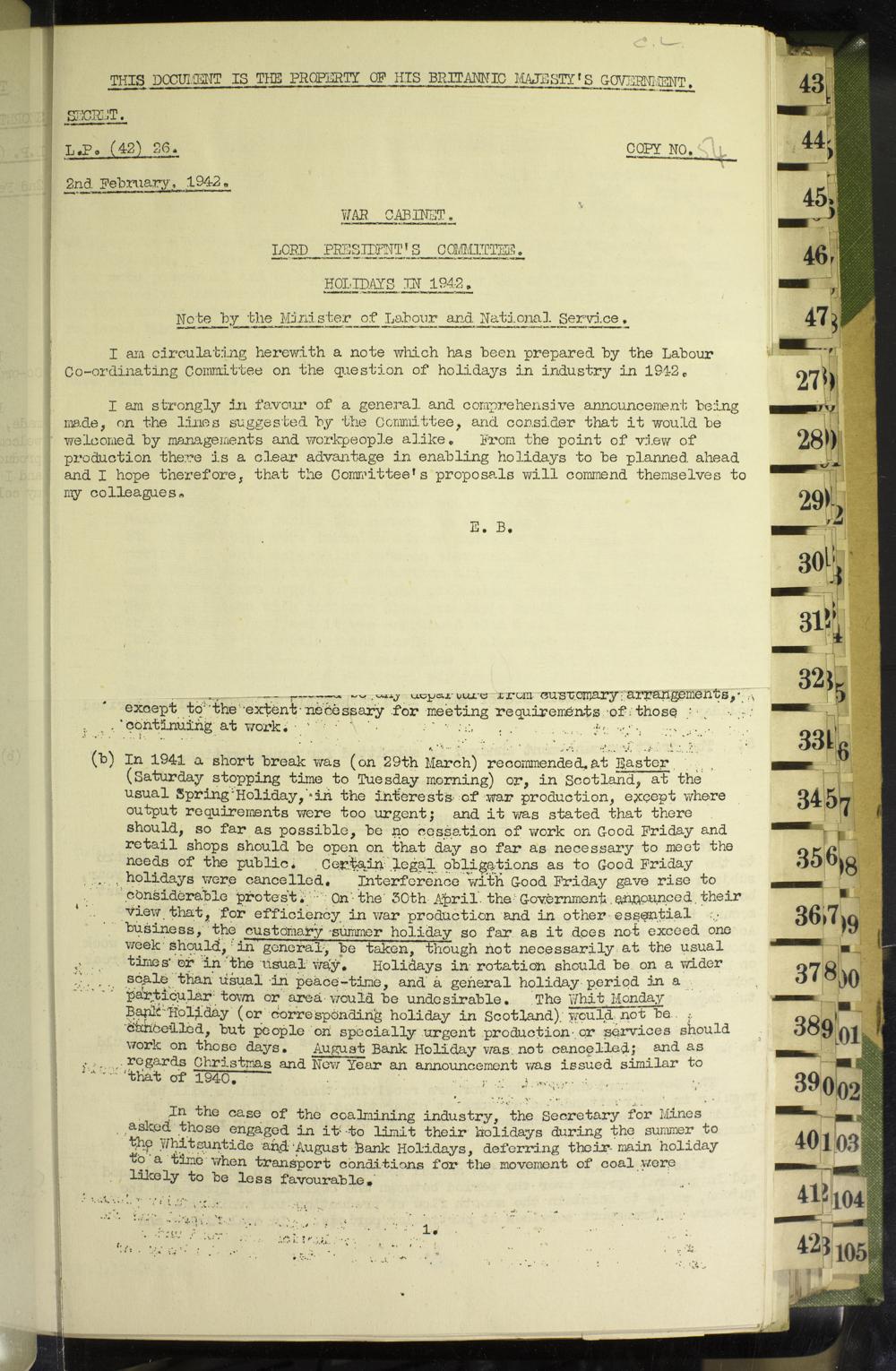 HOLIDAYS IN 1942 Note by Minister of Labour and National Service covering Note by Labour Co-ordinating Committee.

PRODUCTION EXECUTIVE. Holidays in 1942. (Note by the Labour Co-ordinating Committee) 1. It has been suggested that the Government should issue immediately a general announcement with regard to holiday arrangements in 1942. Experience indicated that the planning of holidays well in advance in advantageous from the production point of view, even though plans may subsequently have to be altered for a particular period or establishment because of imperative war developments. There has also been complaint that in the past the Government have made piecemeal and belated announcements on the subject; a general and comprehensive announcement made in the near future would obviate the need for further announcements in the course of the year, unless special circumstances rendered them necessary.