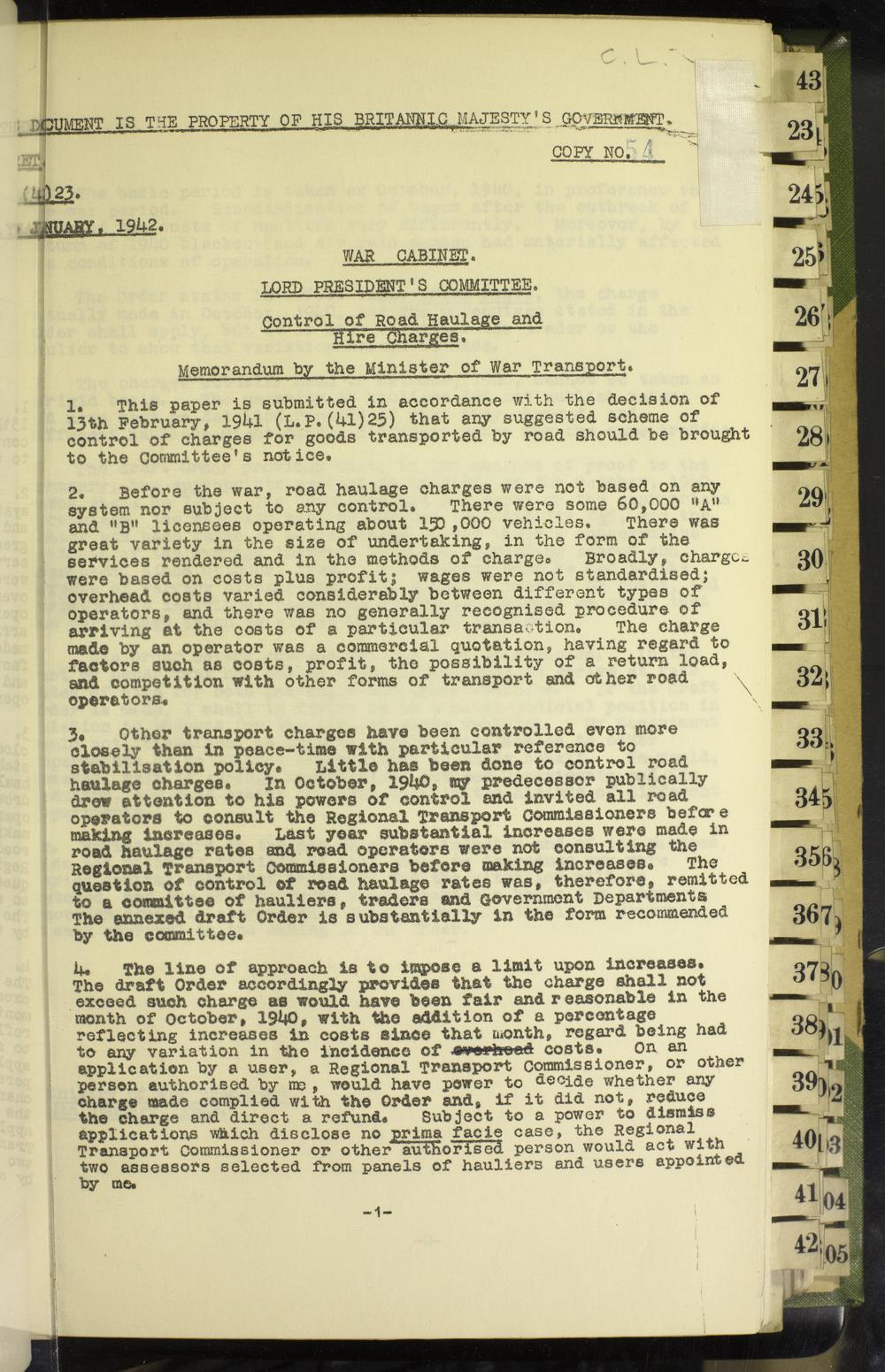 ROAD HAULAGE AND HIRE CHARGES. CONTROL OF: Memo. by Minister of War Transport.

-2- 5. The basic period is taken as October, 1940, in preference to a pre-war period. Standardisation of wages after the outbreak of war affected the costs of hauliers very differently. Moreover, by the autumn of 1940 blackout and air raid damage had materially affected the conditions of operations 6. The order states in effect that, prima facie, the charge actually made in October, 1940, and the percentage stated in the Order shall apply, but it is open to either the trader or the ###haulier to show that variation should be made.