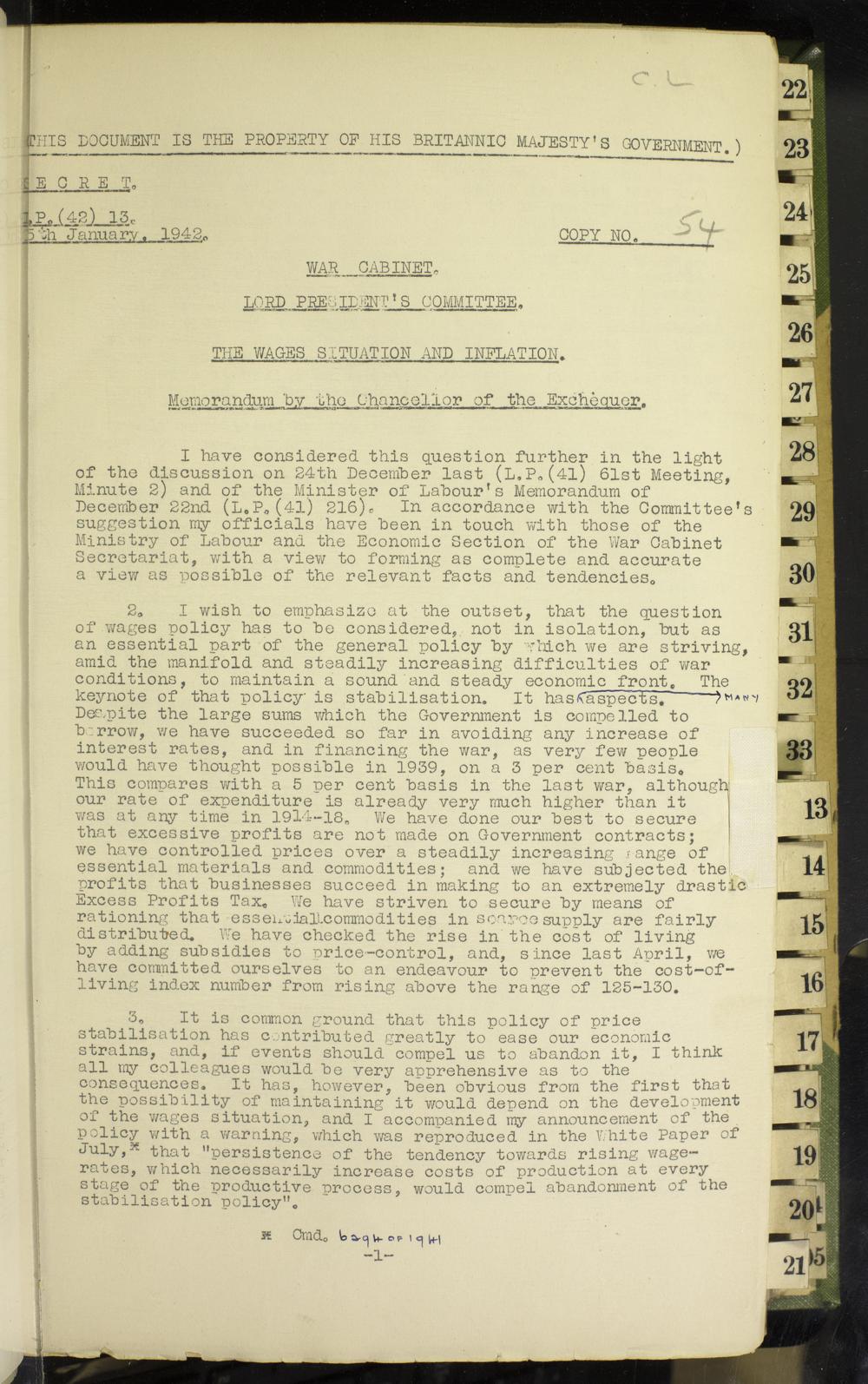 WAGES SITUATION AND INFLATION. Memo. by Chancellor of the Exchequer.

It is, indeed, not too much to say that the main war-time domestic policy of the Government is to-day dependent on what happens in the sphere of wage-rates, on the wages claims that are made, and on the manner in which they are dealt with. We must recognise that it is really illogical in these circumstances to continue to treat the determination of wages as a private affair for employers and employed, with which the Government has no concern so long as a stoppage of work is avoided. It is not necessarily on that account unwise to treat it so, In this country, illogical arrangements are often justified by their results None the less, it is important to appreciate that our present arrangements with regard to wages are fundamentally anomalous, It is not easy to answer the criticism that it is absurd to attempt to secure stability by controlling prices and leaving wages uncontrolled.