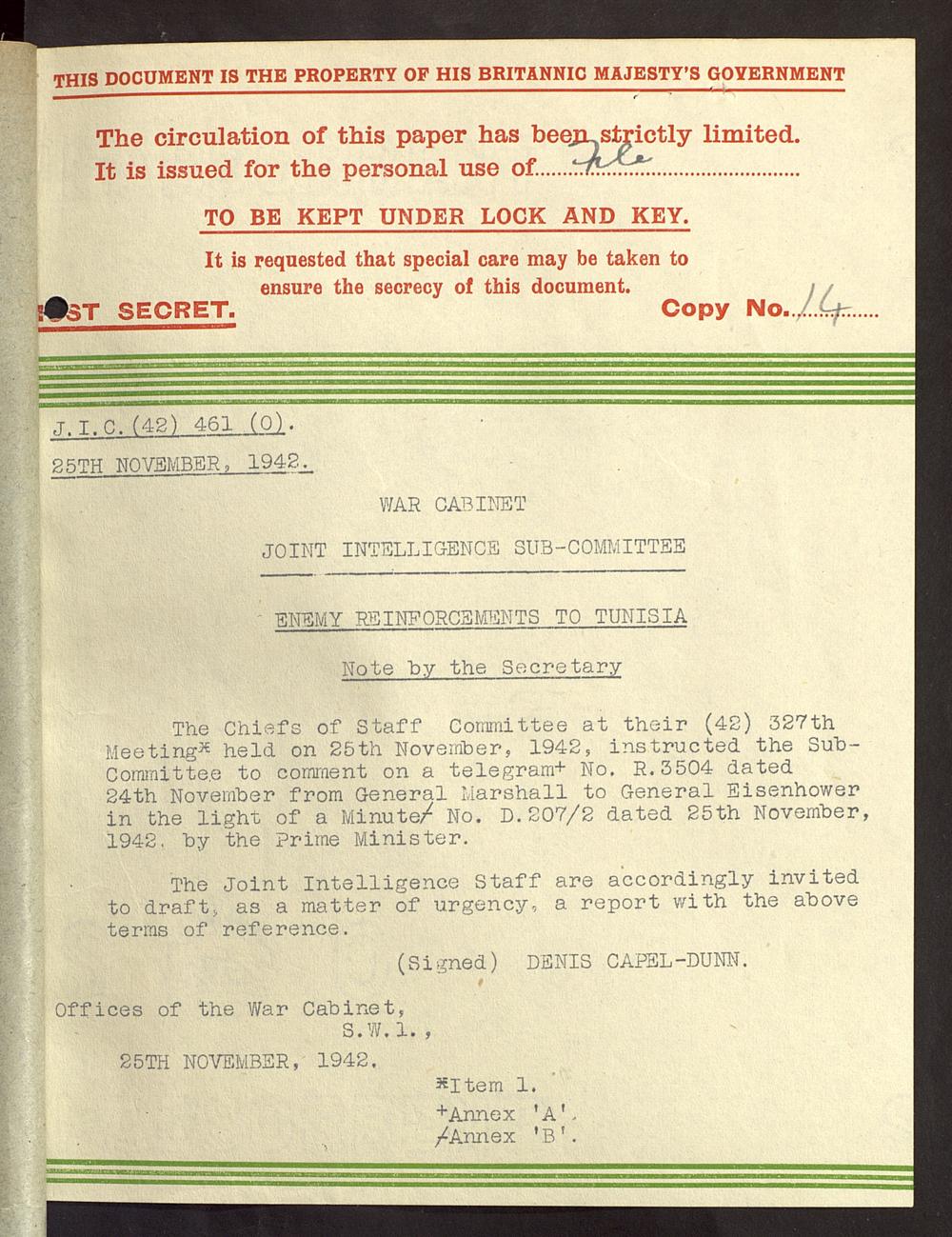 A volume of reports commissioned for the Joint Intelligence Sub-Committee (JIC). The JIC was formed of representatives from the intelligence services, the armed services, and the Foreign Office. Its purpose was to assess military, security, and foreign policy requirements and coordinate Britain’s intelligence organisations accordingly. A vast range of international and domestic issues are investigated and analysed in the JIC’s reports. Subjects covered in this file include German strategy, military organisation, and manpower; defects and problems with security for the Dieppe Raid and Operation Torch; chemical warfare; German, French, and Italian morale; German oil production and shortage problems; the possibility of a German occupation of Spain; the possibility of a Japanese attack on the American coast; Special Operations Executive (SOE) activities in Spain; the defence of the Middle East and British West Africa; the Japanese shipping and supply situation; the military strength of the Chinese; and the possibility of an Allied invasion of Sardinia.