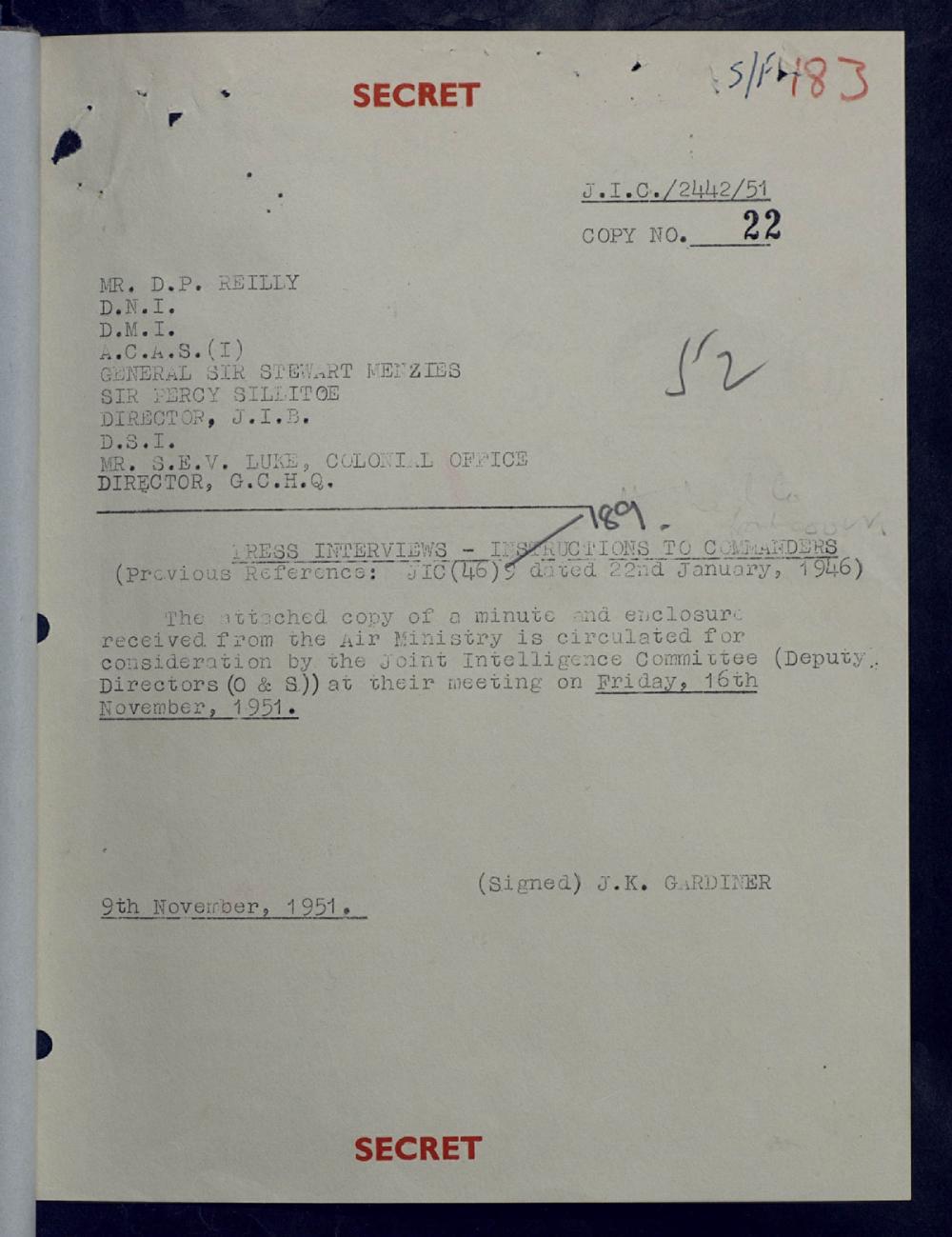 A volume of secretariat minutes of the Joint Intelligence Committee (JIC). The JIC was formed of representatives from the intelligence services, the armed services, and the Foreign Office. Its purpose was to assess military, security, and foreign policy requirements and coordinate Britain's intelligence organisations accordingly. Secretariat minutes were used to pass documents such as JIC sub-committee and working party reports and intelligence assessments to JIC members. Subjects covered in this file include the potential scale of radioactive fallout from nuclear weapons; the danger of fifth columnists operating within Britain in the event of war with the Soviet Union; the military strength of Communist China; censorship and leakages of information in the press; the military situation in Korea; Indo-Pakistani relations; British policy to counter the Malayan insurgency; arrangements for the training of Russian-speaking personnel; liaison with American and French intelligence services; and the employment of aliens as cypher clerks.