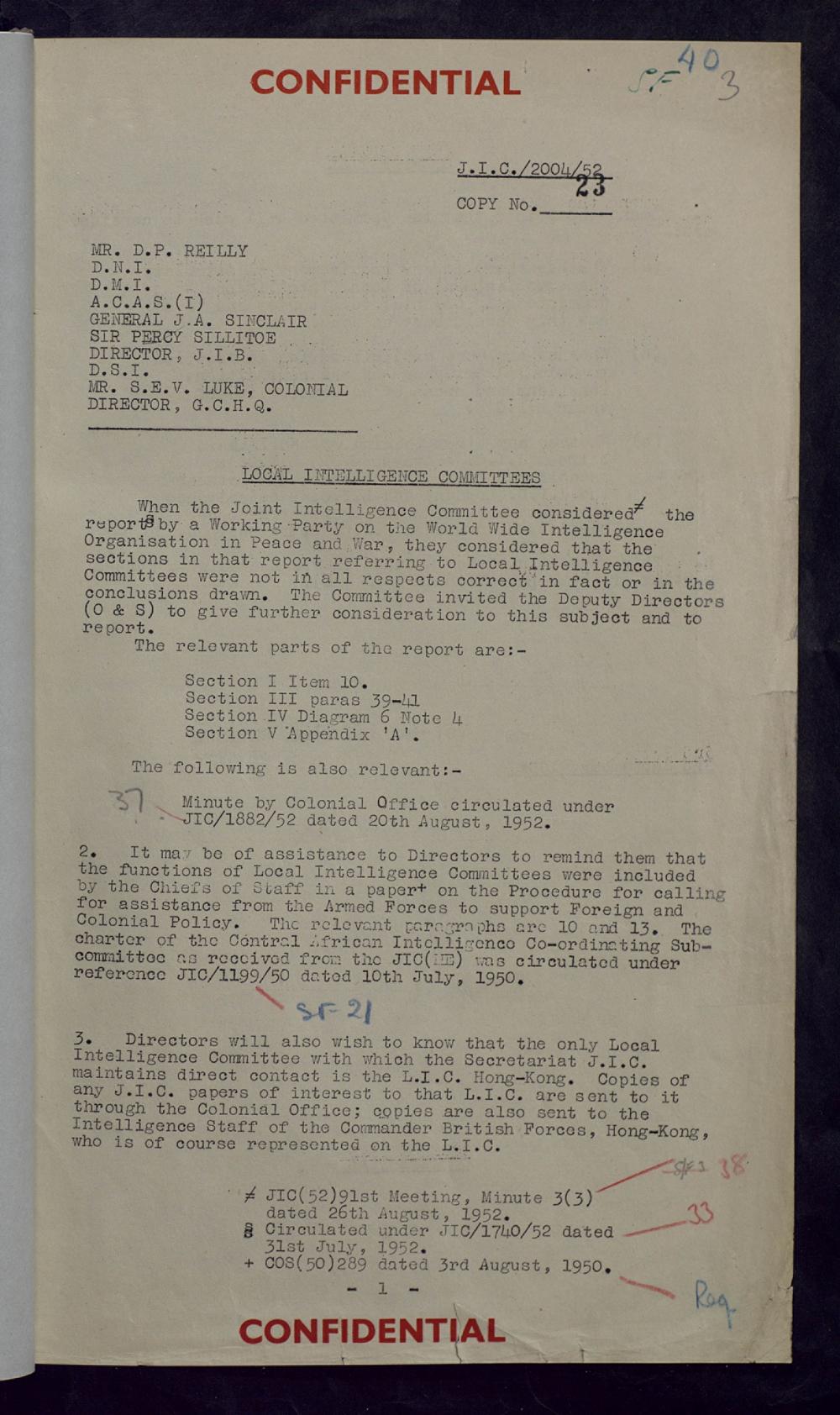 A volume of secretariat minutes of the Joint Intelligence Committee (JIC). The JIC was formed of representatives from the intelligence services, the armed services, and the Foreign Office. Its purpose was to assess military, security, and foreign policy requirements and coordinate Britain's intelligence organisations accordingly. Secretariat minutes were used to pass documents such as JIC sub-committee and working party reports and intelligence assessments to JIC members. Subjects covered in this file include the likelihood of war with the Soviet Union; arrangements for the interrogation and disposal of Soviet defectors; the training of linguists for the British forces in Europe; Soviet interrogation and propaganda techniques, including the use of drugs; Arab and Israeli military strength; the possibility of a Soviet surprise attack; the security of British cyphers; the loss and theft of classified documents; the activities of the Mau Mau in Kenya; and the future of the German intelligence services.