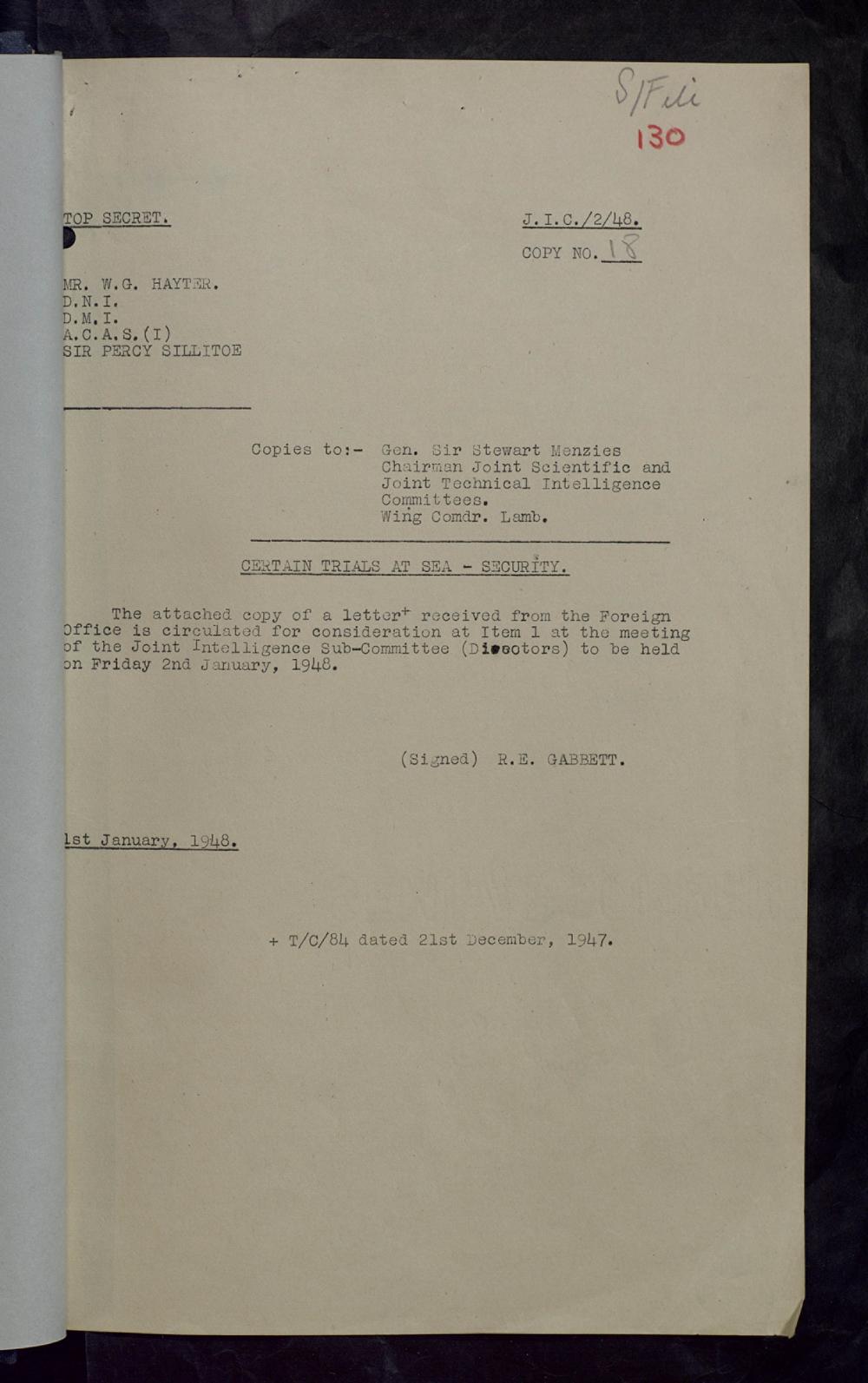 A volume of secretariat minutes of the Joint Intelligence Committee (JIC). The JIC was formed of representatives from the intelligence services, the armed services, and the Foreign Office. Its purpose was to assess military, security, and foreign policy requirements and coordinate Britain's intelligence organisations accordingly. Secretariat minutes were used to pass documents such as JIC sub-committee and working party reports and intelligence assessments to JIC members. Subjects covered in this file include the sale of penicillin plant designs to Eastern Bloc countries; cover plans for biological weapons testing; information sharing with the United States of America; the release of classified information to India and Pakistan; plans for the defence of the Middle East in the event of a war with the Soviet Union; evidence of Soviet recruitment of former German soldiers; the publication of service statistics; facilities for training service personnel in Slavonic languages; and the withdrawal of British troops from Palestine.