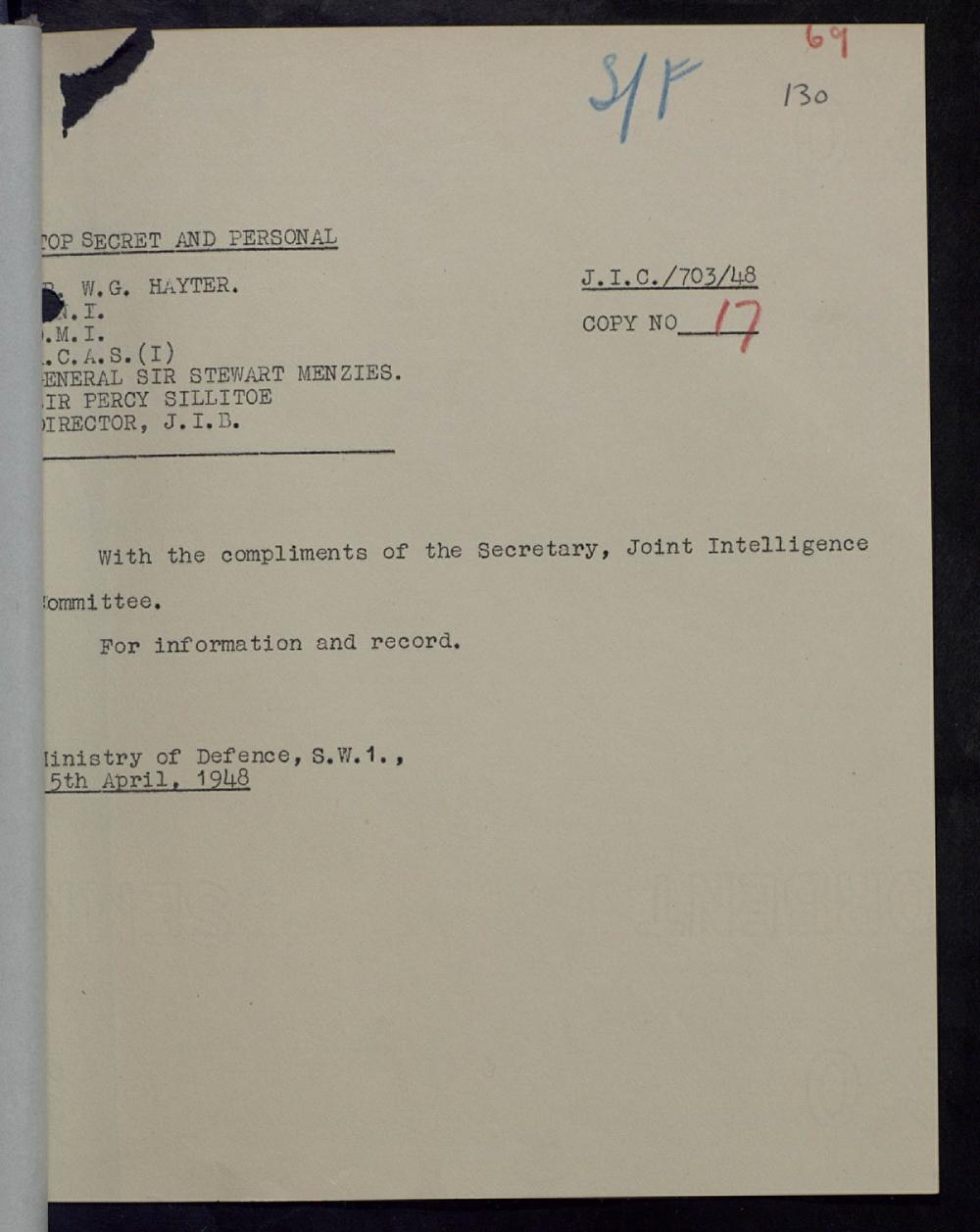 A volume of secretariat minutes of the Joint Intelligence Committee (JIC). The JIC was formed of representatives from the intelligence services, the armed services, and the Foreign Office. Its purpose was to assess military, security, and foreign policy requirements and coordinate Britain's intelligence organisations accordingly. Secretariat minutes were used to pass documents such as JIC sub-committee and working party reports and intelligence assessments to JIC members. Subjects covered in this file include the encouragement and exploitation of defectors from the Eastern Bloc; the release of information on the German war effort during the Second World War from captured documents; the flight of German scientists to Argentina; the use of intimidation and physical violence during interrogation; communist influence in Malaya and Palestine; South African uranium mining; possible indications of Soviet preparations for war; information sharing between the signatories of the Treaty of Brussel; and the progress of the First Arab-Israeli War.