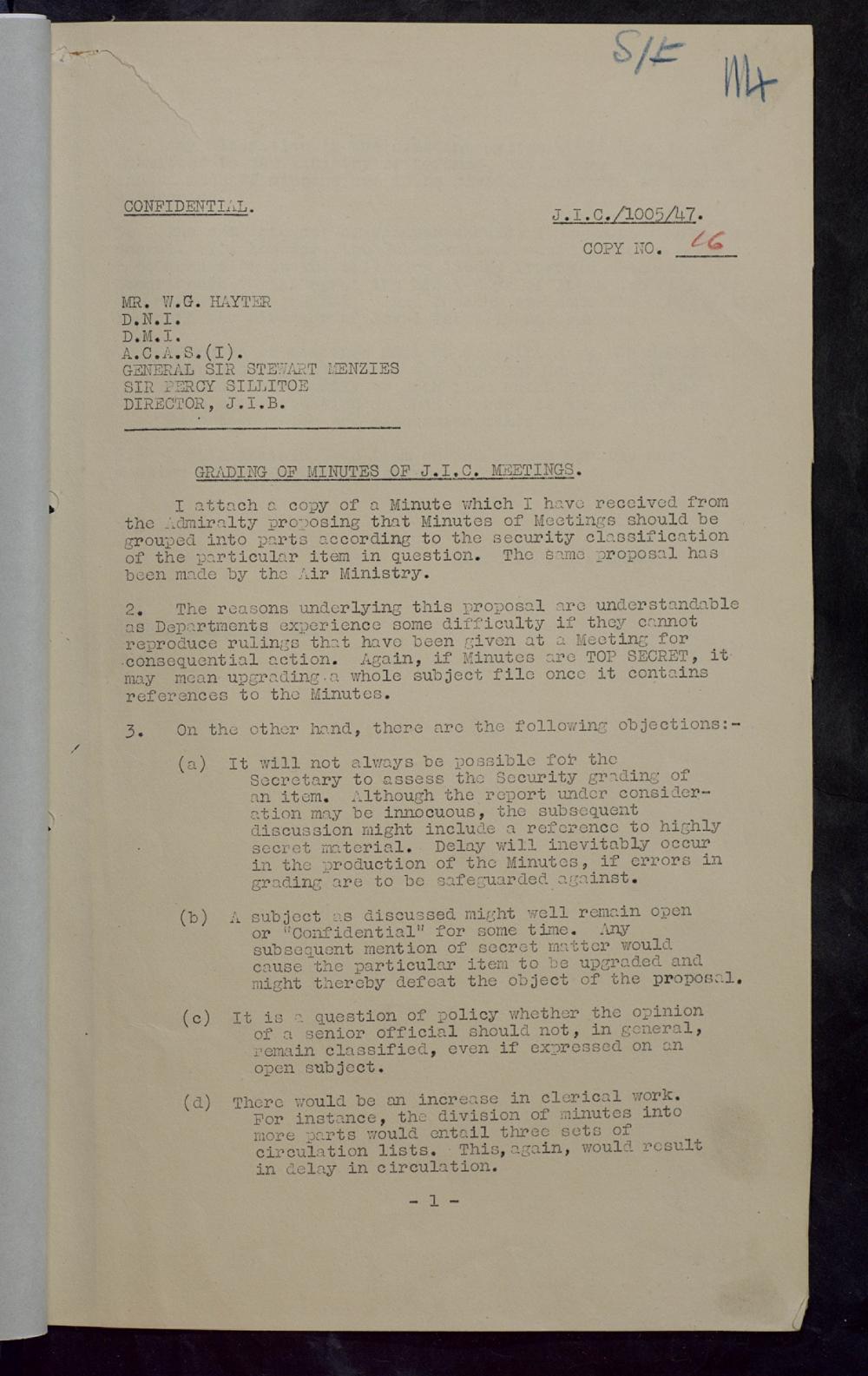 Grading of Minutes of JIC Meetings

A volume of secretariat minutes of the Joint Intelligence Sub-Committee (JIC). The JIC was formed of representatives from the intelligence services, the armed services, and the Foreign Office. Its purpose was to assess military, security, and foreign policy requirements and coordinate Britain's intelligence organisations accordingly. Secretariat minutes were used to pass documents such as JIC sub-committee and working party reports and intelligence assessments to JIC members. Subjects covered in this file include the application of British security classifications; Soviet anti-British propaganda in the Middle East; beach reconnaissance in the Levant; manpower reductions among service attachés; the security of Allied deception operations in the Second World War; the provision of linguists for British intelligence; the admission of Soviet and satellite deserters and defectors into the United Kingdom; security arrangements for visits to the U.K. by Soviet officials; cover plans for biological weapons testing; and the effects of radioactivity on pigeons.