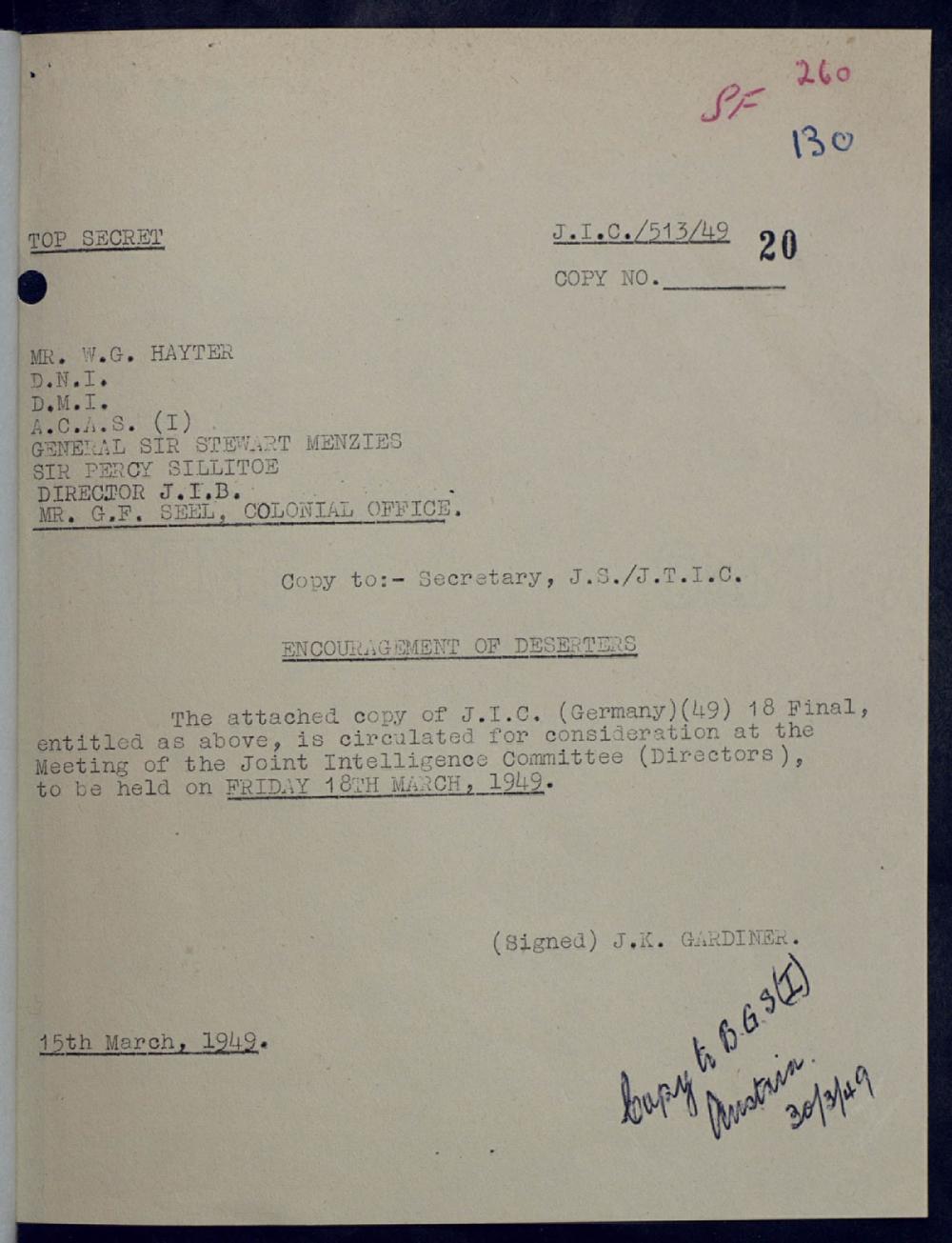 A volume of secretariat minutes of the Joint Intelligence Committee (JIC). The JIC was formed of representatives from the intelligence services, the armed services and the Foreign Office. Its purpose was to assess military, security, and foreign policy requirements and coordinate Britain's intelligence organisations accordingly. Secretariat minutes were used to pass documents such as JIC sub-committee and working party reports and intelligence assessments to JIC members. Subjects covered in this file include the encouragement of defectors and deserters from the Soviet zone of Germany; Soviet guided missile development; indications of Soviet preparation for war; the threat posed to Hong Kong by the communist victory in the Chinese Civil War; communist activities in Uganda; beach reconnaissance in Germany and the Levant; research on atomic energy in the United Kingdom and France; and probable numbers of refugees in the eastern Mediterranean in the event of a major war with the Soviet Union.