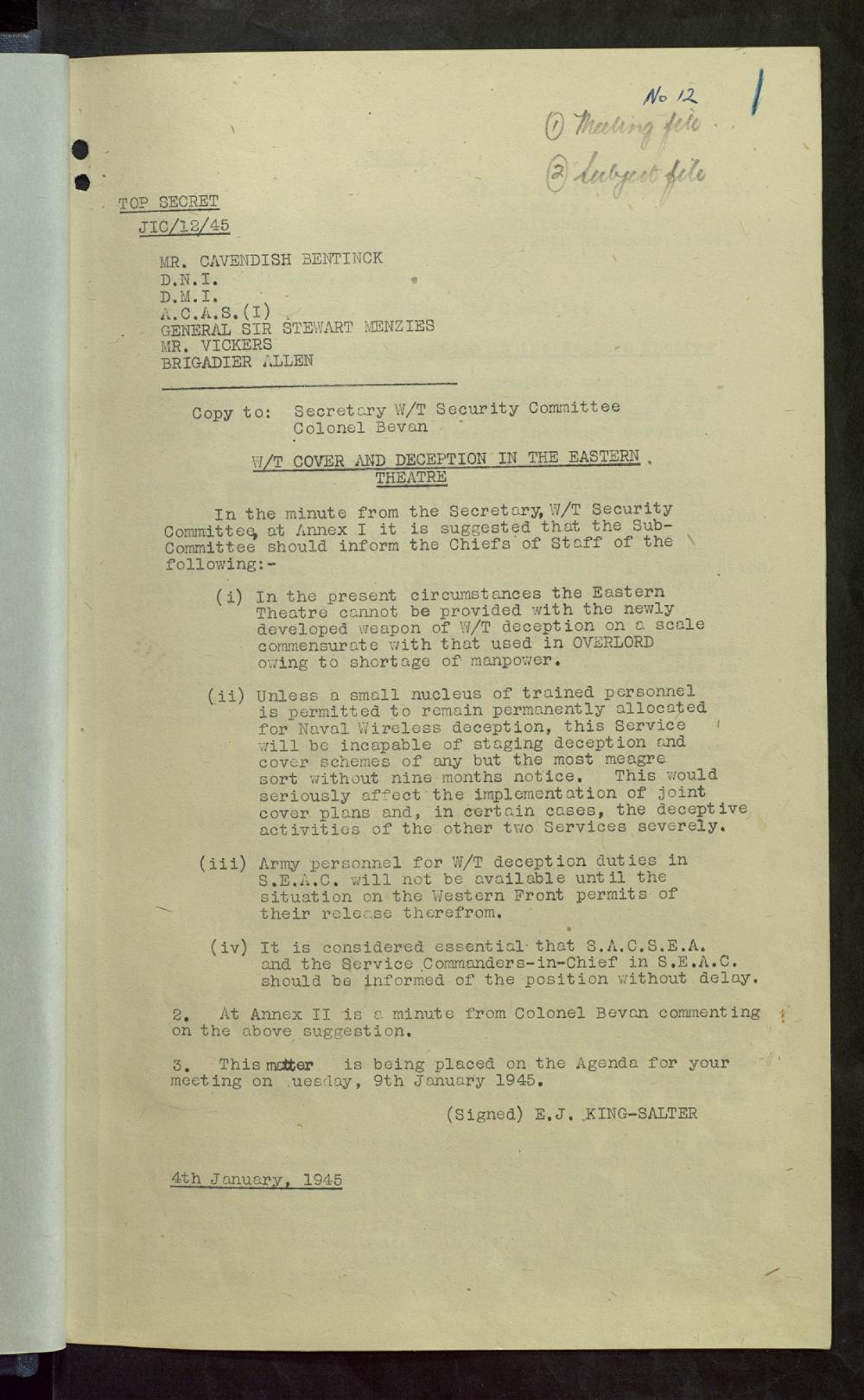 W/T Cover and Deception in the Eastern Theatre

A volume of secretariat minutes of the Joint Intelligence Sub-Committee (JIC). The JIC was formed of representatives from the intelligence services, the armed services, and the Foreign Office. Its purpose was to assess military, security, and foreign policy requirements and coordinate Britain's intelligence organisations accordingly. Secretariat minutes were used to pass documents such as JIC sub-committee and working party reports and intelligence assessments to JIC members. Subjects covered in this file include the exchange of information on German weapons development with the Soviet Union; the utilisation of captured German generals for propaganda purposes; the preservation and exploitation of German archives; the security of records of Allied deception operations; the need for speakers of Japanese and other East Asian languages; signals security in the United Kingdom; British clandestine organisations operating in China; suspicious Soviet activity near the Bulgarian-Turkish border; and the establishment of a line of demarcation between Allied and Soviet occupation zones in Germany.