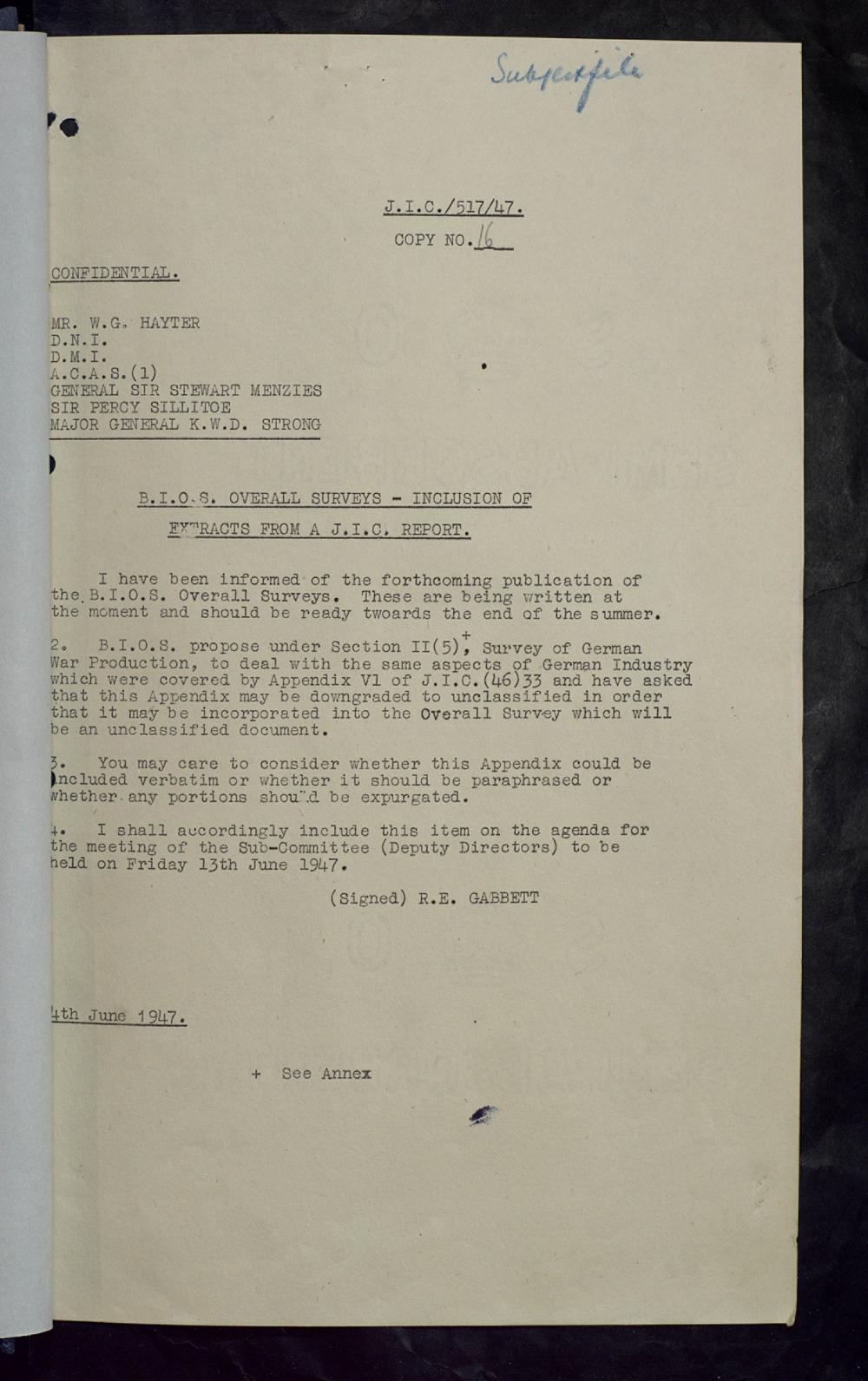 Bios Overall Surveys - Inclusion of Extracts from a JIC Report

A volume of secretariat minutes of the Joint Intelligence Sub-Committee (JIC). The JIC was formed of representatives from the intelligence services, the armed services, and the Foreign Office. Its purpose was to assess military, security, and foreign policy requirements and coordinate Britain's intelligence organisations accordingly. Secretariat minutes were used to pass documents such as JIC sub-committee and working party reports and intelligence assessments to JIC members. Subjects covered in this file include Soviet Union recruitment of German machine-tool specialists; defence requirements and probable Soviet strategy in the Middle East in the event of a major war; the passing of information to United States attachés; the protection of Soviet defectors and deserters in Germany; the progress of the Soviet atomic energy programme; manpower reductions among service attachés; the security of Allied strategic deception operations in staff colleges attended by foreign students; and the activities of the Ad Hoc Committee on Carrier Pigeons.