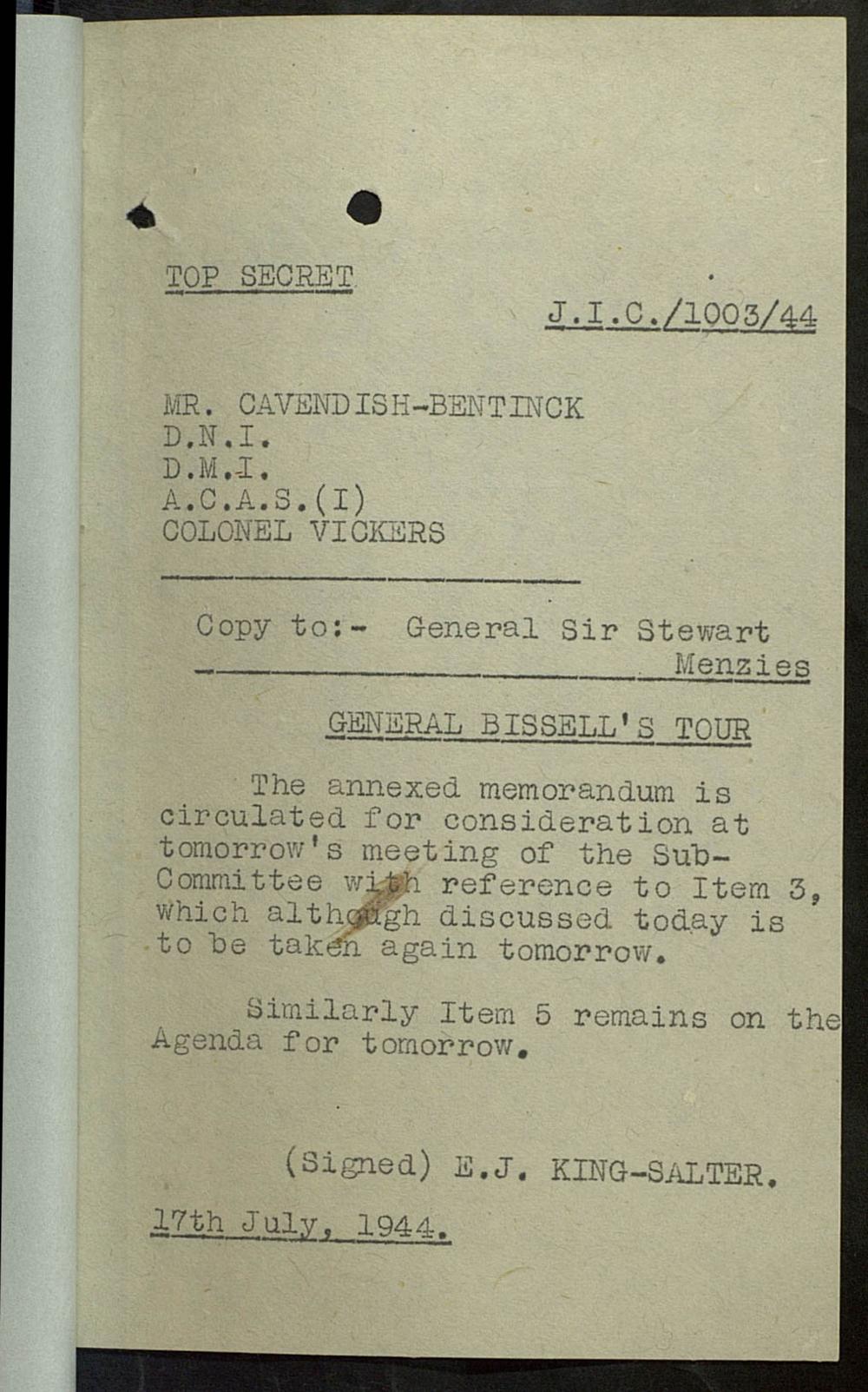 Memorandum from "C" - Commenting on "Points for J.I.C. Representives Tour" Forwarded in Letter of 14th July from D.M.I.

A volume of secretariat minutes of the Joint Intelligence Sub-Committee (JIC). The JIC was formed of representatives from the intelligence services, the armed services, and the Foreign Office. Its purpose was to assess military, security, and foreign policy requirements and coordinate Britain's intelligence organisations accordingly. Secretariat minutes were used to pass documents such as JIC sub-committee and working party reports and intelligence assessments to JIC members. Subjects covered in this file include the suspected use of biological weapons by German and Japanese forces; intelligence priorities in post-war Europe; intelligence objectives in Soviet-occupied areas; information sharing with the Soviet and Chinese intelligence services; the organisation of British intelligence in India; security issues relating to post-war demobilisation; the need for more Japanese speakers in East Asia; Allied policy on the release of German prisoners held in North America; and the danger of mistreatment of Allied prisoners by German guards in the event of a German collapse.