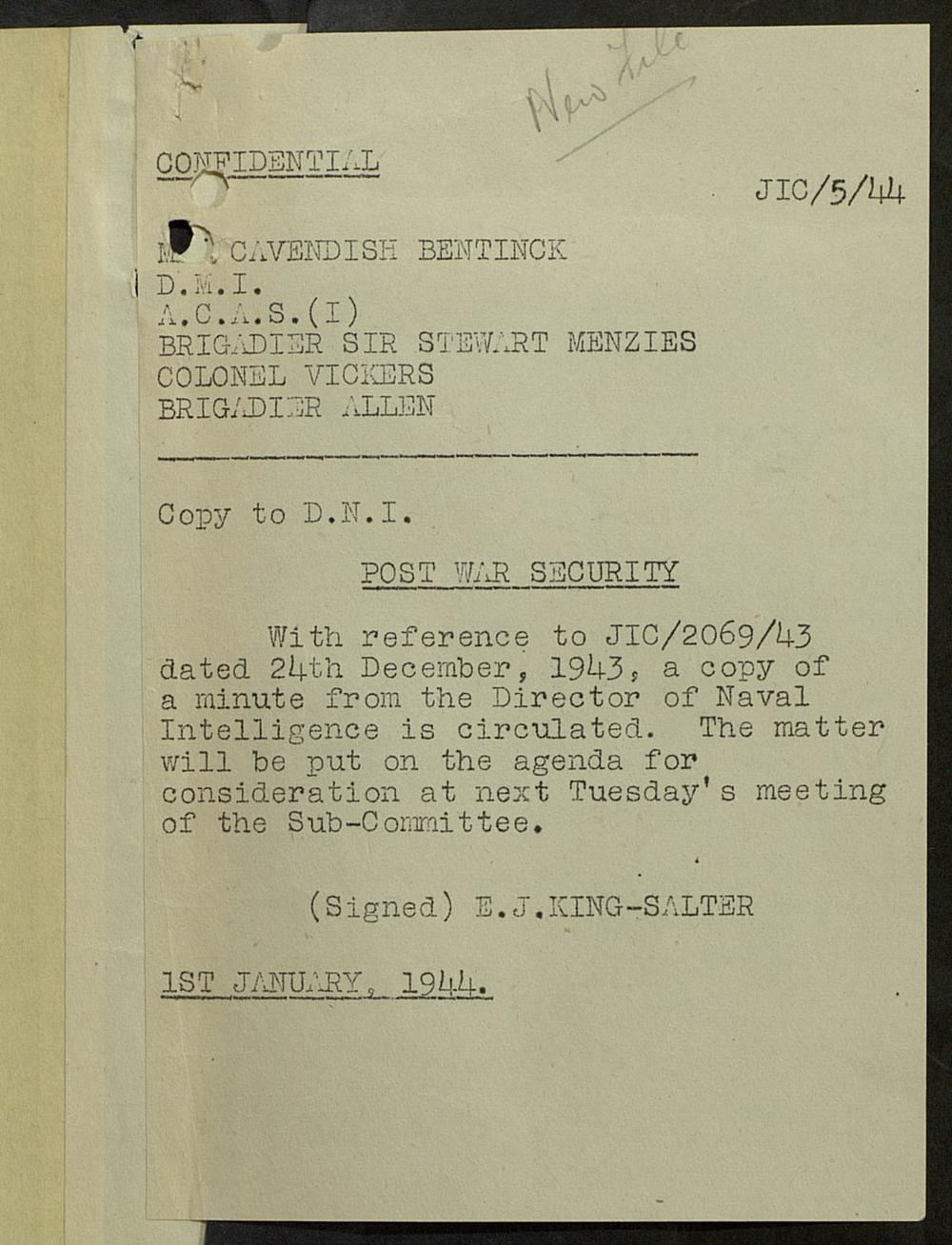 A volume of secretariat minutes of the Joint Intelligence Sub-Committee (JIC). The JIC was formed of representatives from the intelligence services, the armed services, and the Foreign Office. Its purpose was to assess military, security, and foreign policy requirements and coordinate Britain's intelligence organisations accordingly. Secretariat minutes were used to pass documents such as JIC sub-committee and working party reports and intelligence assessments to JIC members. Subjects covered in this file include the sabotage of Allied shipping in Spanish ports; the leakage of information through diplomatic officials of neutral countries; the production of information booklets on occupied countries for Allied troops; Soviet post-war foreign policy; the impact of Japanese education and military training on Japanese morale; German manpower and casualties; post-war intelligence priorities in occupied Germany; proposals for a Free German movement based in the United Kingdom; security issues surrounding preparations for Operation Overlord; and intelligence priorities following the Normandy landings.