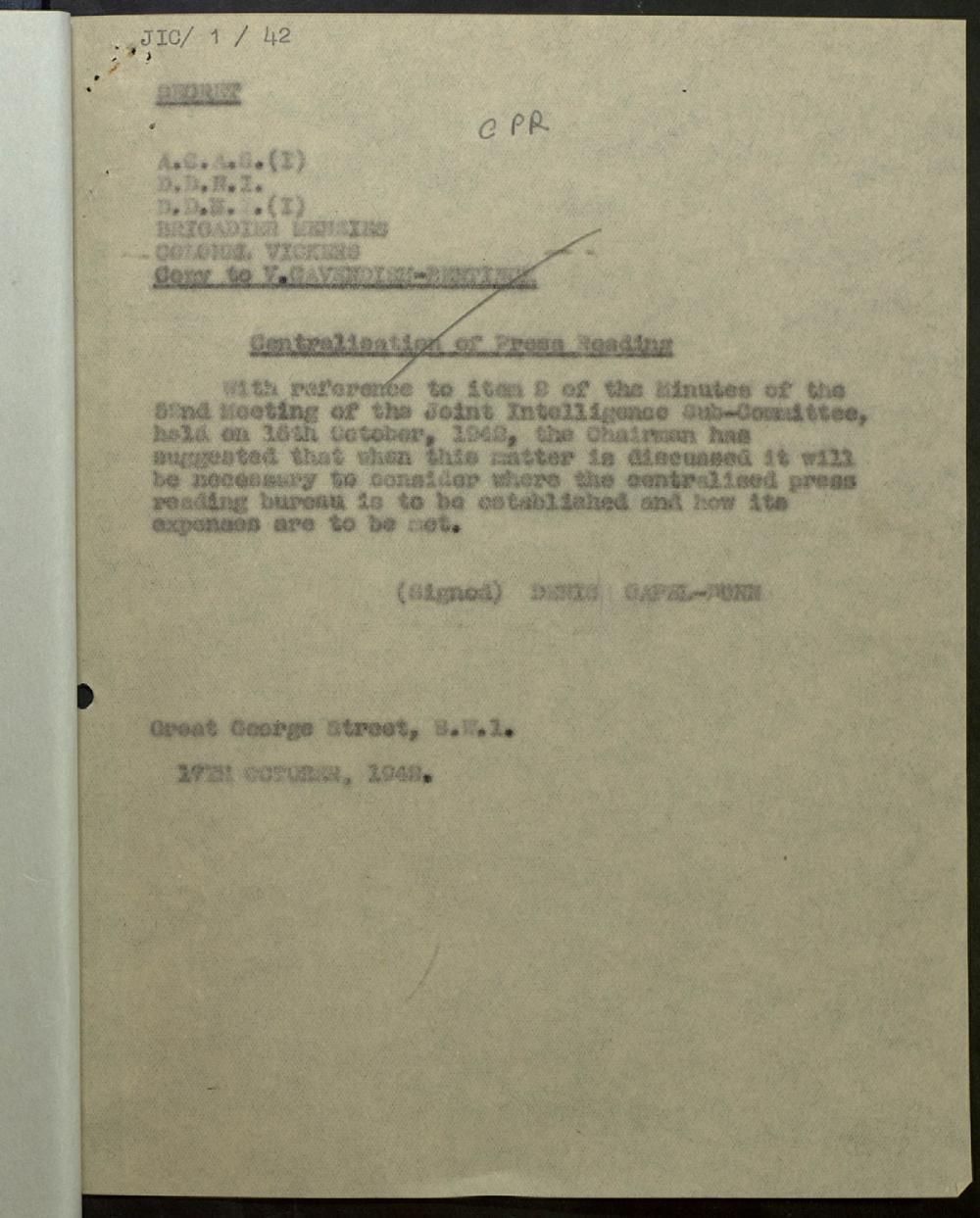 A volume of secretariat minutes of the Joint Intelligence Sub-Committee (JIC). The JIC was formed of representatives from the intelligence services, the armed services, and the Foreign Office. Its purpose was to assess military, security, and foreign policy requirements and coordinate Britain's intelligence organisations accordingly. Secretariat minutes were used to pass documents such as JIC sub-committee and working party reports and intelligence assessments to JIC members. Subjects covered in this file include plans for the invasion of Sicily; cooperation and information sharing between British and United States intelligence organisations; methods for inducing Turkey to enter the war against Germany; communications with resistance groups in Yugoslavia and Greece; German development of long-range rockets for use against the United Kingdom; the countering of German propaganda in South America; the production of information booklets on occupied countries for Allied troops; the possibility of Italian surrender; and an assessment of the will of the British public to continue the war against Japan after victory in Europe.