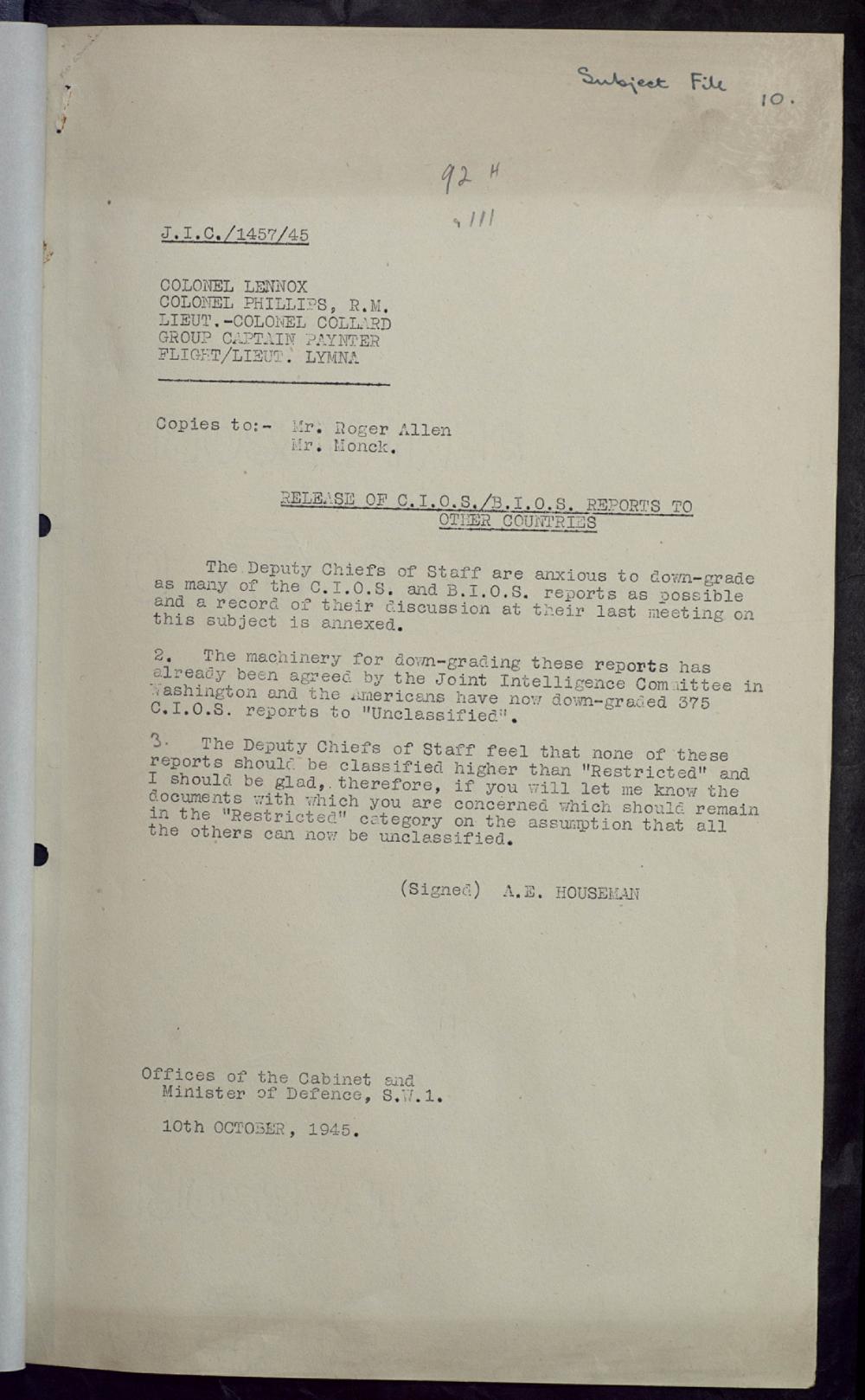 Release of C.I.O.S./B.I.O.S. Reports to Other Countries

A volume of secretariat minutes of the Joint Intelligence Sub-Committee (JIC). The JIC was formed of representatives from the intelligence services, the armed services, and the Foreign Office. Its purpose was to assess military, security, and foreign policy requirements and coordinate Britain's intelligence organisations accordingly. Secretariat minutes were used to pass documents such as JIC sub-committee and working party reports and intelligence assessments to JIC members. Subjects covered in this file include the interrogation of Japanese agents masquerading as diplomatic personnel; intelligence on atomic energy and weapons development; measures to prevent eavesdropping in British offices in foreign countries; Soviet attempts to attract German scientists to the Soviet Union; the use of carrier pigeons in war; the capture of pre-war records of the Yugoslav military in Vienna; the release of information on wartime operations by the Special Operations Executive (SOE); and the publication of Adolf Hitler’s will, two copies of which had been captured by British authorities in Germany.