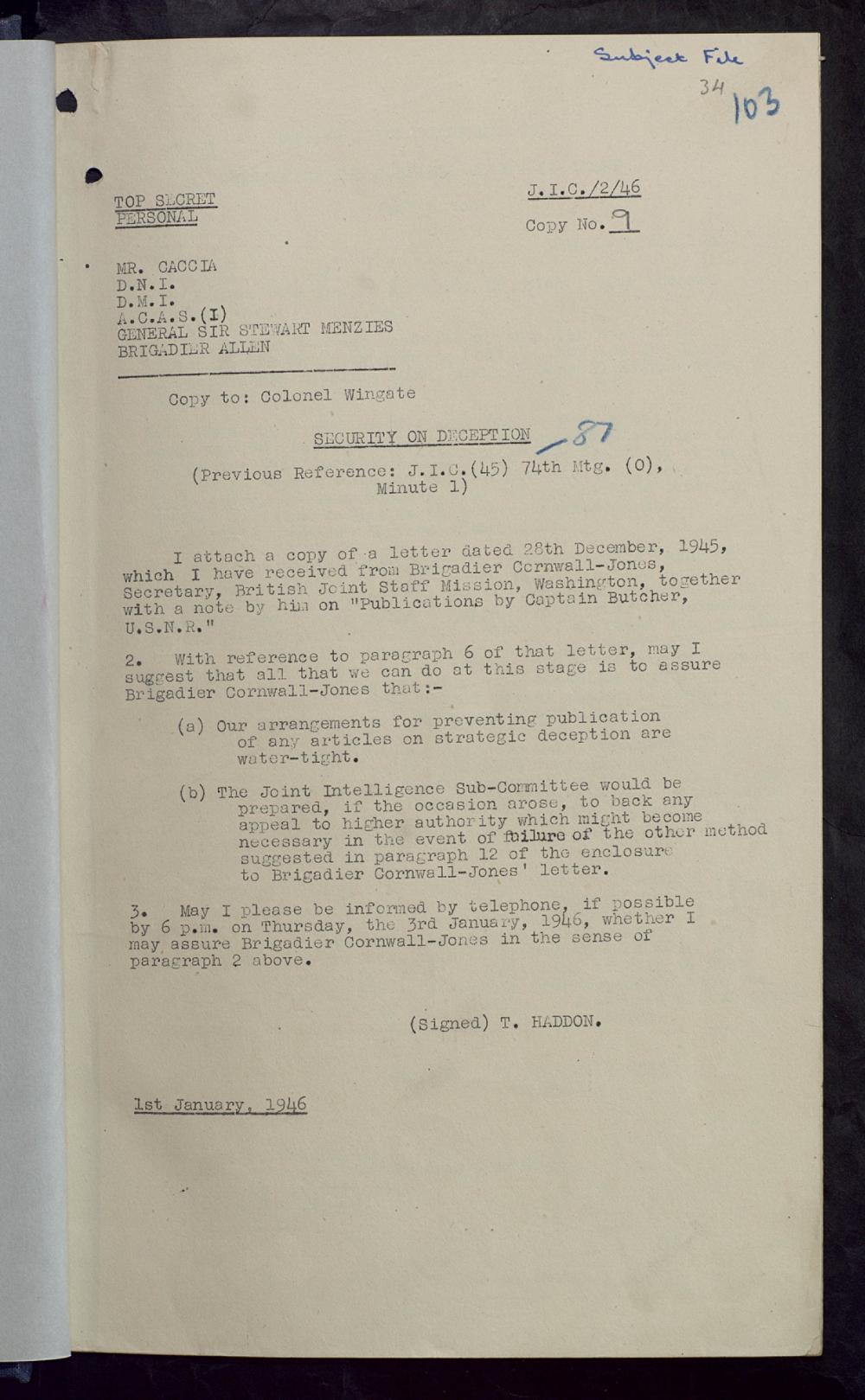 A volume of secretariat minutes of the Joint Intelligence Sub-Committee (JIC). The JIC was formed of representatives from the intelligence services, the armed services, and the Foreign Office. Its purpose was to assess military, security, and foreign policy requirements and coordinate Britain's intelligence organisations accordingly. Secretariat minutes were used to pass documents such as JIC sub-committee and working party reports and intelligence assessments to JIC members. Subjects covered in this file include the security of records concerning Allied deception operations; the use of carrier pigeons in a future war; the collection and preservation of German and Austrian archives; the establishment of Joint Intelligence Bureaux in the United Kingdom and the Commonwealth; security measures concerning foreign attachés in the U.K.; information sharing with France; the declassification of wartime code words; mutiny in the Indian armed forces; and the security of British missions abroad following the detection of eavesdropping devices in a British office in Moscow.