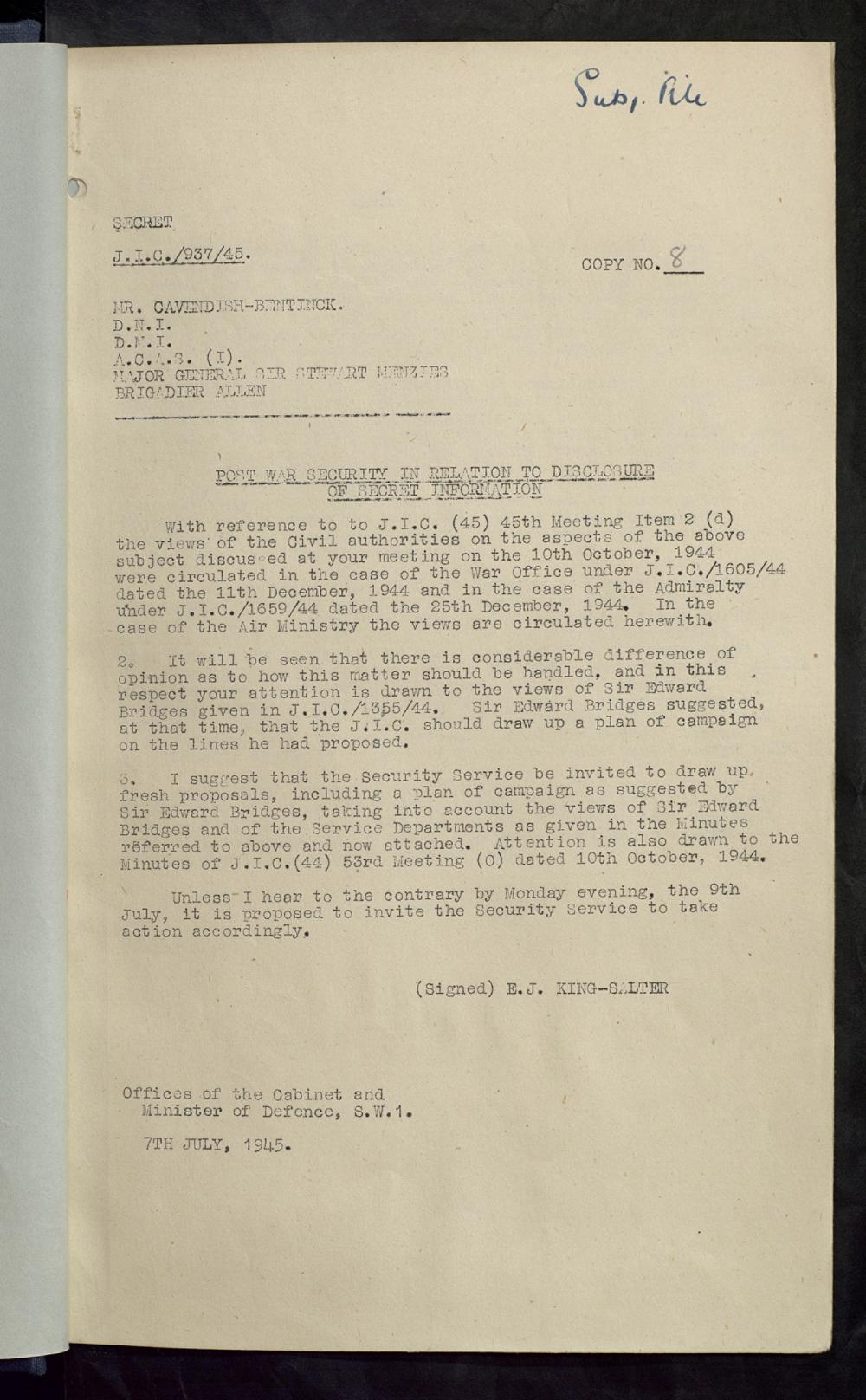 Post War Security in Relation to Disclosure of Secret Information

A volume of secretariat minutes of the Joint Intelligence Sub-Committee (JIC). The JIC was formed of representatives from the intelligence services, the armed services, and the Foreign Office. Its purpose was to assess military, security, and foreign policy requirements and coordinate Britain's intelligence organisations accordingly. Secretariat minutes were used to pass documents such as JIC sub-committee and working party reports and intelligence assessments to JIC members. Subjects covered in this file include the collection and exploitation of captured German and Japanese documents; post-war censorship; the collection of aerial photographic intelligence worldwide; planning for comprehensive analyses of the German and Japanese war efforts; the extent of German success at breaking British codes and cyphers; the role of carrier pigeons in the Second World War; the transfer of German scientists out of the Soviet zone of occupation; the security of wartime deception plans after the end of hostilities; and the creation of the Joint Intelligence Bureau (JIB).