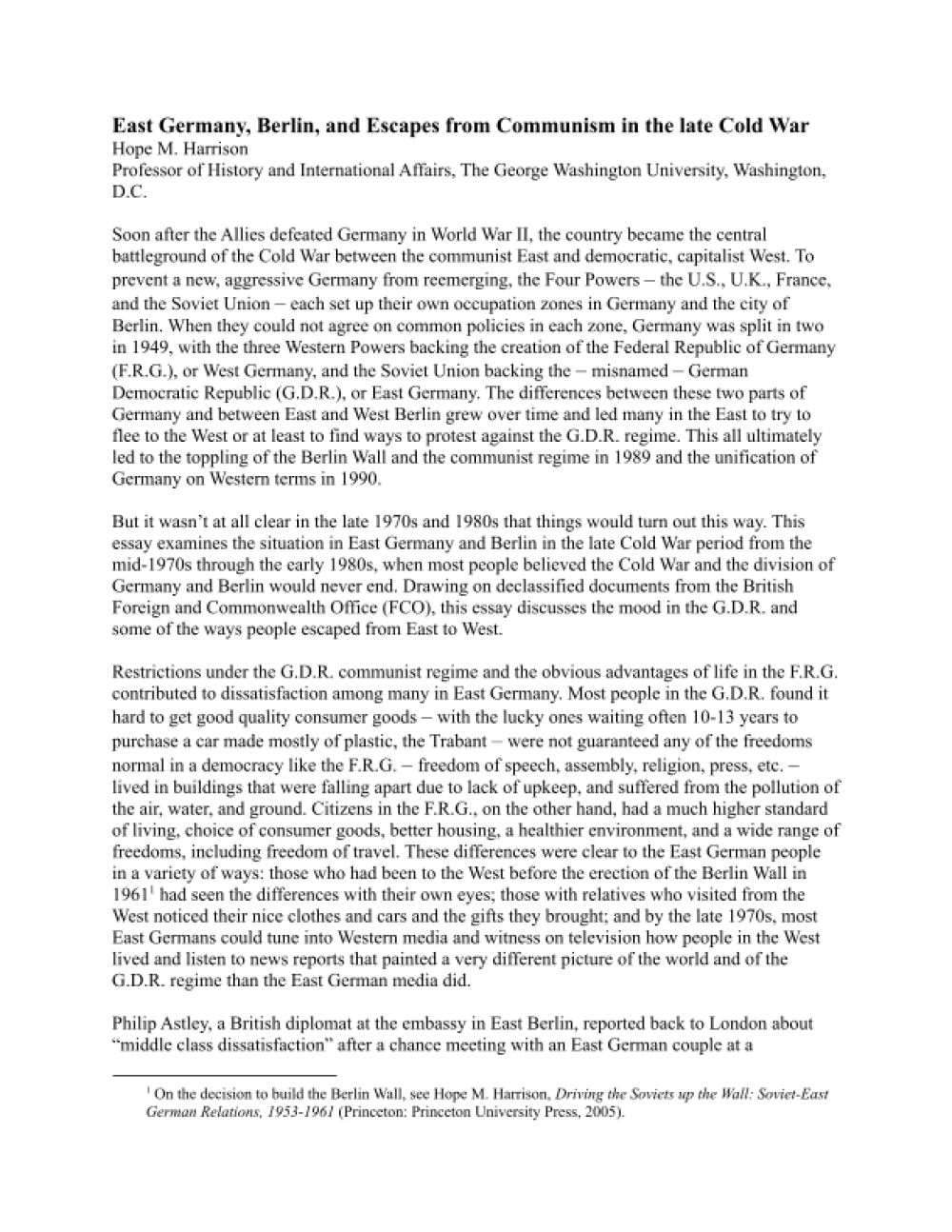 East Germany, Berlin, and Escapes from Communism in the late Cold War

Soon after the Allies defeated Germany in World War II, the country became the central battleground of the Cold War between the communist East and democratic, capitalist West. To prevent a new, aggressive Germany from reemerging, the Four Powers – the U.S., U.K., France, and the Soviet Union – each set up their own occupation zones in Germany and the city of Berlin. When they could not agree on common policies in each zone, Germany was split in two in 1949, with the three Western Powers backing the creation of the Federal Republic of Germany (F.R.G.), or West Germany, and the Soviet Union backing the – misnamed – German Democratic Republic (G.D.R.), or East Germany. The differences between these two parts of Germany and between East and West Berlin grew over time and led many in the East to try to flee to the West or at least to find ways to protest against the G.D.R. regime. This all ultimately led to the toppling of the Berlin Wall and the communist regime in 1989 and the unification of Germany on Western terms in 1990.