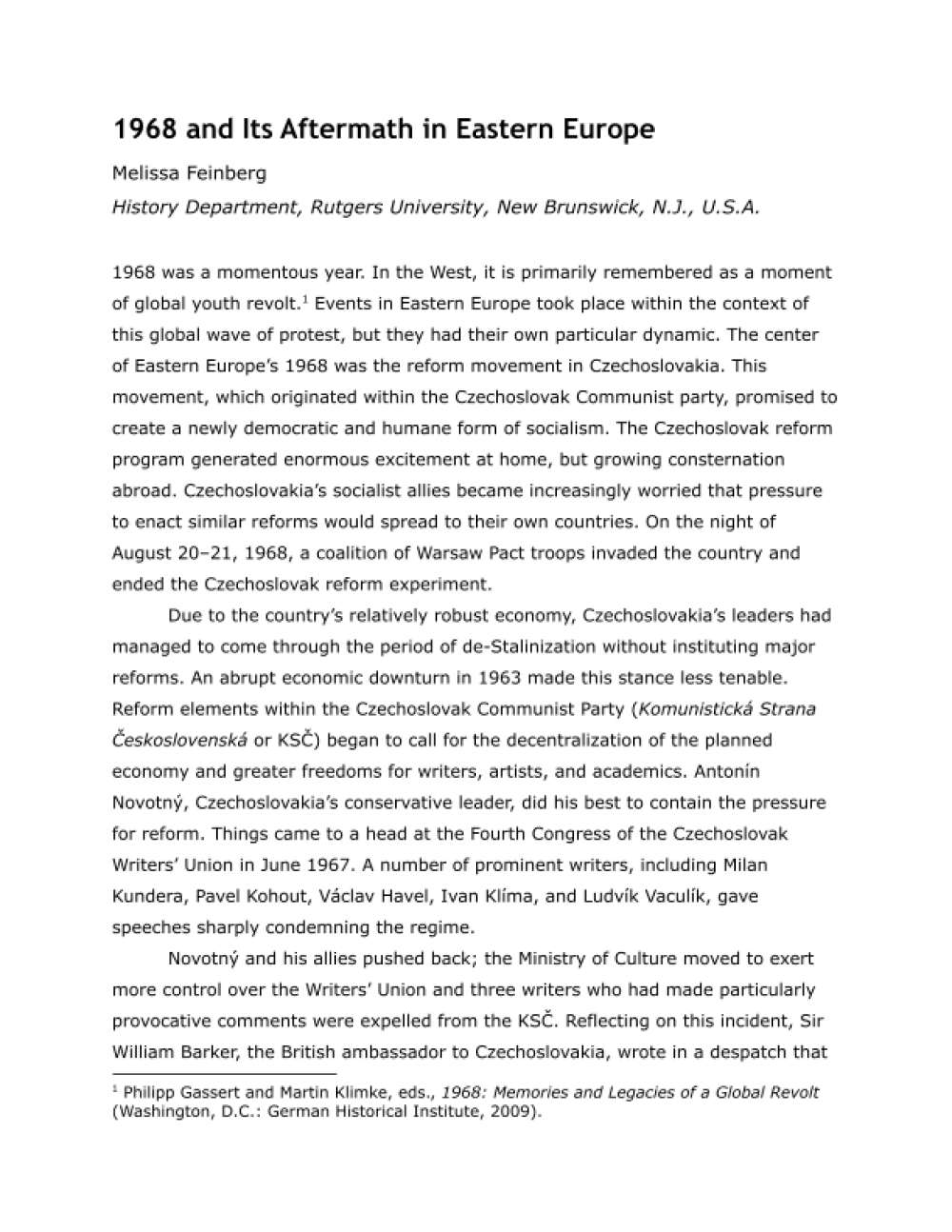 1968 and Its Aftermath in Eastern Europe

1968 was a momentous year. In the West, it is primarily remembered as a moment of global youth revolt.1 Events in Eastern Europe took place within the context of this global wave of protest, but they had their own particular dynamic. The center of Eastern Europe’s 1968 was the reform movement in Czechoslovakia. This movement, which originated within the Czechoslovak Communist party, promised to create a newly democratic and humane form of socialism. The Czechoslovak reform program generated enormous excitement at home, but growing consternation abroad. Czechoslovakia’s socialist allies became increasingly worried that pressure to enact similar reforms would spread to their own countries. On the night of August 20–21, 1968, a coalition of Warsaw Pact troops invaded the country and ended the Czechoslovak reform experiment.