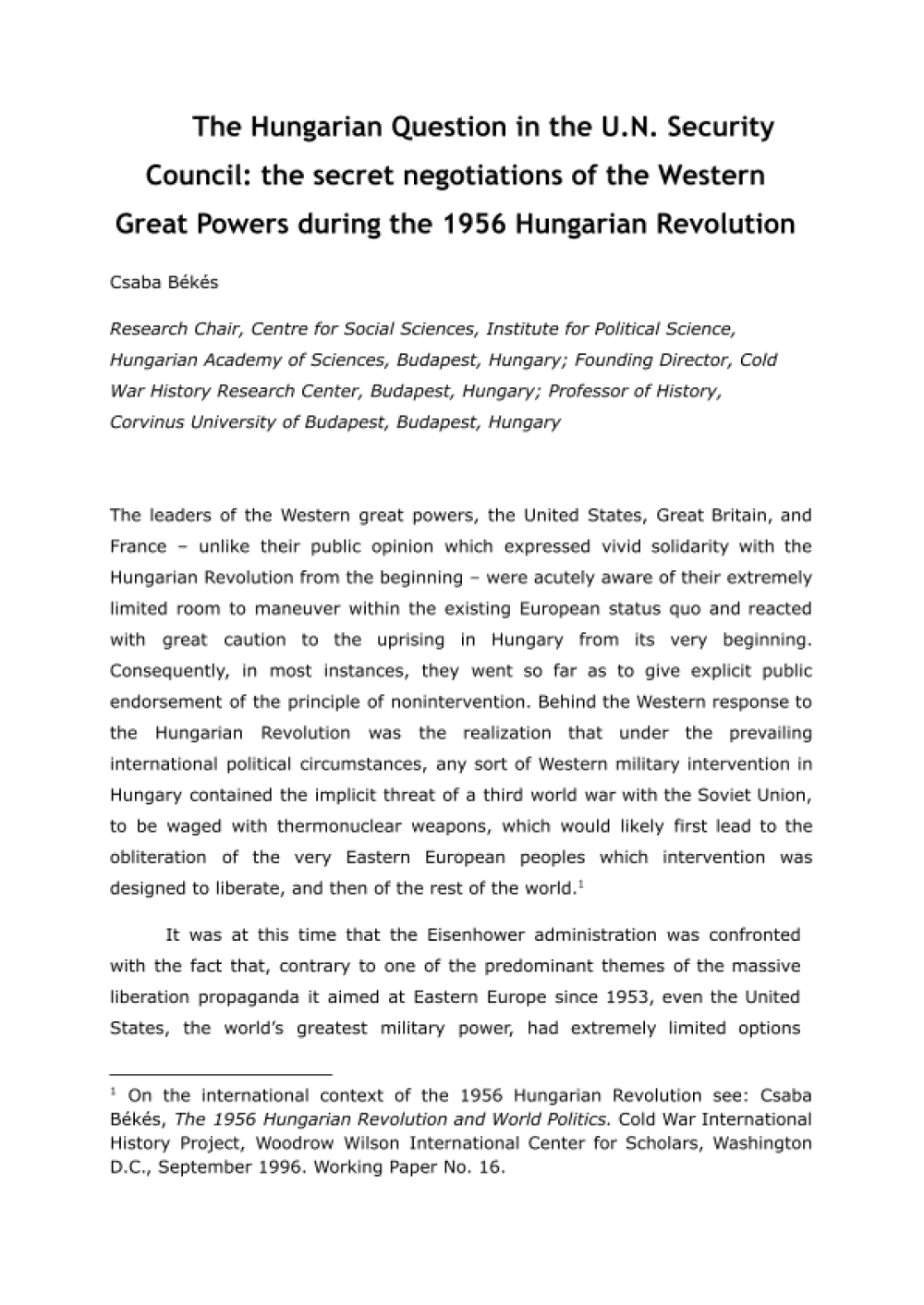 The Hungarian Question in the U.N. Security Council: the Secret Negotiations of the Western Great Powers during the 1956 Hungarian Revolution

The leaders of the Western great powers, the United States, Great Britain, and France – unlike their public opinion which expressed vivid solidarity with the Hungarian Revolution from the beginning – were acutely aware of their extremely limited room to maneuver within the existing European status quo and reacted with great caution to the uprising in Hungary from its very beginning. Consequently, in most instances, they went so far as to give explicit public endorsement of the principle of nonintervention. Behind the Western response to the Hungarian Revolution was the realization that under the prevailing international political circumstances, any sort of Western military intervention in Hungary contained the implicit threat of a third world war with the Soviet Union, to be waged with thermonuclear weapons, which would likely first lead to the obliteration of the very Eastern European peoples which intervention was designed to liberate, and then of the rest of the world.