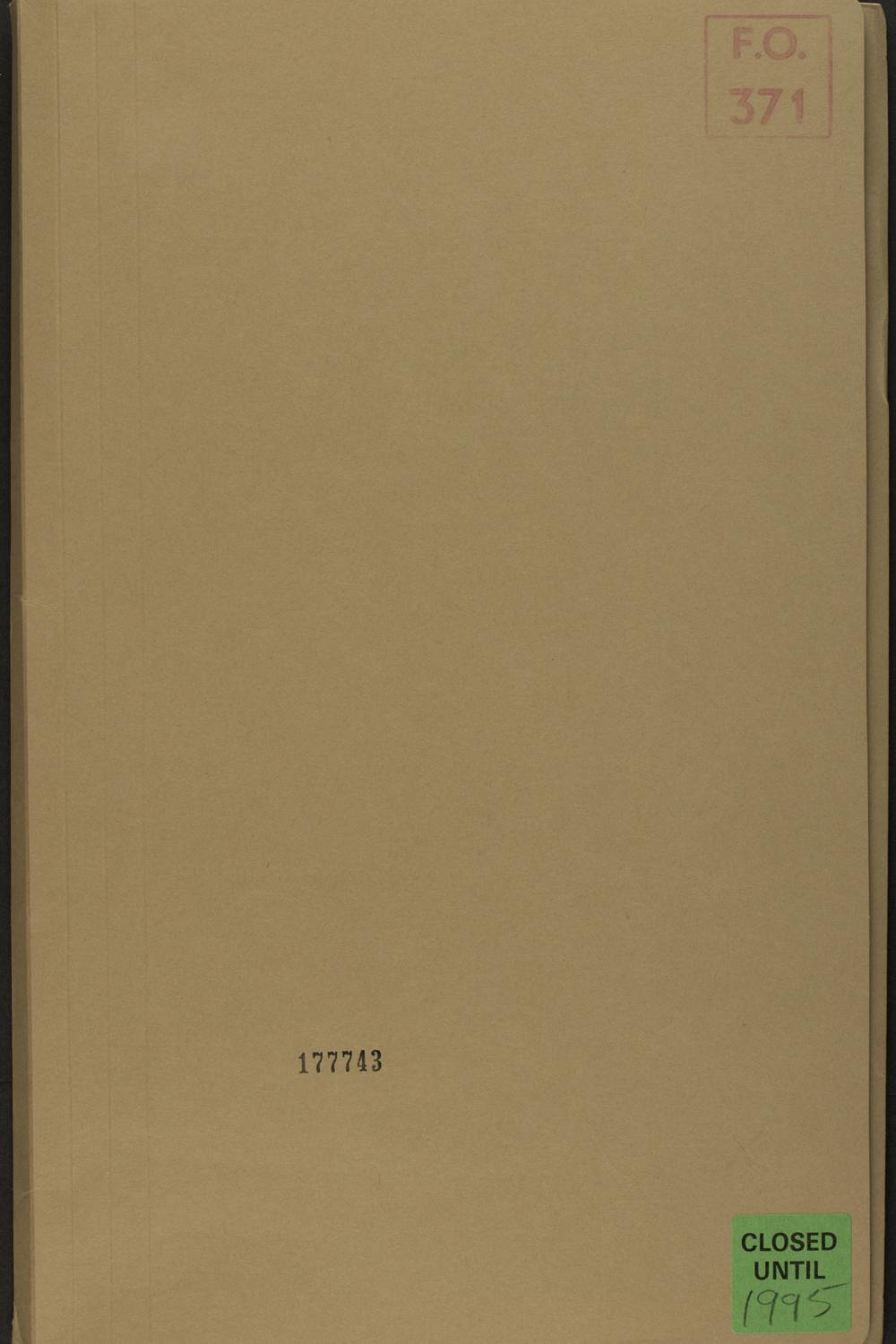 A file of correspondence and press material concerning the Soviet diamond trade. The documents discuss the Soviet Union's decision to support an international boycott of trade with apartheid South Africa, resulting in the cancellation of a Soviet contract with De Beers, a South African diamond-mining firm. The documents also cover the start of a Soviet campaign to cut and polish diamonds mined in the Soviet Union; a series of sales of Soviet diamonds to British firms, with the British Diamond Corporation purchasing 320,000 carats of Soviet diamonds, worth around £2,490,000, during the first half of 1964; and the Soviet Union's total diamond exports in 1964, which reached 520,000 carats, worth around £3,795,000. Other documents comment on the British belief that most of the diamonds exported from the Soviet Union are "industrial diamonds", and that the Soviets are exporting a "diminishing quantity of gem stones".