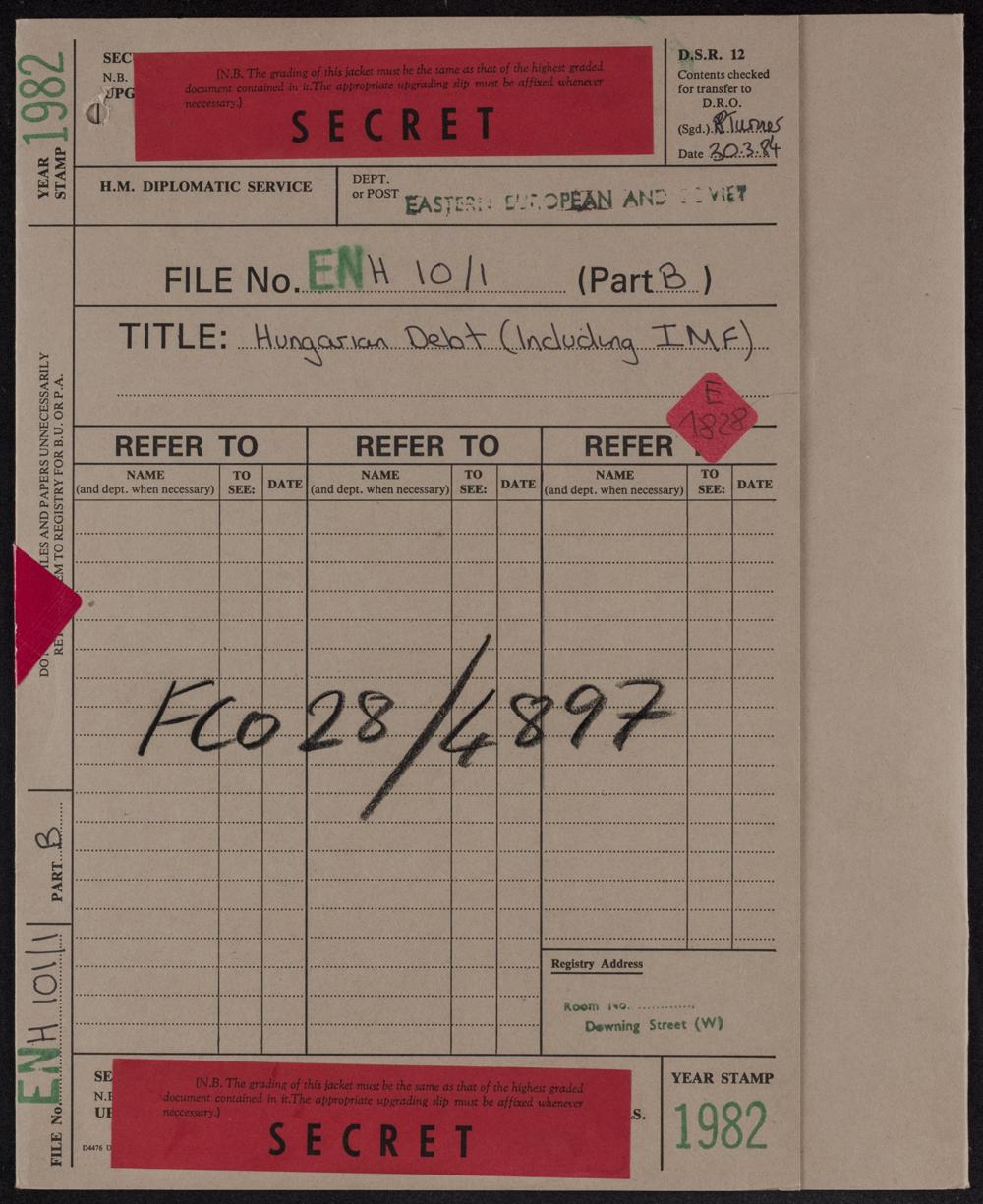 A file of correspondence and reports concerning the economic situation in Hungary. The documents cover Hungarian requests for loans from the Bank of International Settlements; the involvement of the Bank of England in an initial loan; discussions between the Bank of England and the British government following a request for a further loan totalling $300m; and Hungary's attempts to address its economic issues by raising prices and devaluing its currency. Other documents in the file cover British policy towards Hungary, and the British wish to support Hungary's economic policies; the exposure of U.K. banks and businesses to the Hungarian economy; and the implications of plans by the Export Credits Guarantee Department to downgrade Hungary's rating. The file also includes a report on Hungary's economy, covering its external debt, interest repayments, reserves of gold and convertible currencies, balance of payments, and annual cash flows.